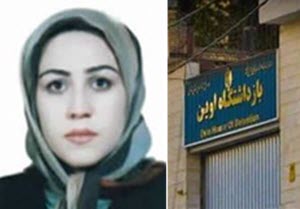 On Monday, January 4, the Iranian regime’s henchmen in Tehran’s notorious Evin Prison transferred political prisoner Ms. Maryam Akbari-Monfared, a relative of People’s Mojahedin Organization of Iran (PMOI/MEK) members who reside in Camp Liberty, to a hospital in the Narmak district for diagnosis and medical treatment. However, within a few hours and without her receiving any medical treatment she was returned back to the prison.