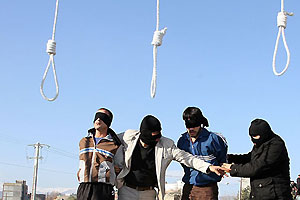 The latest report on the death penalty by Amnesty International indicates that 607 recorded executions have been carried out in 22 countries around the world in 2014, a reduction of almost 22 percent compared to the previous year.

At least 2,466 people in 55 countries are known to have been sentenced to death in 2014, according to the latest Amnesty International report on the death penalty.

This represents an increase of 28% compared with 2013, when 1,925 death sentences were recorded in 57 countries.

At least 19,094 people were believed to be under sentence of death worldwide at the end of 2014.