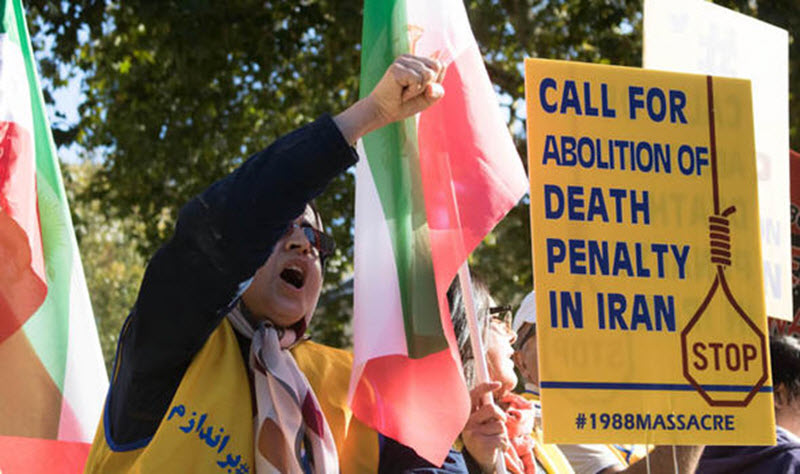 The Iranian Regime has ignored the United Nations most recent criticism of its human rights abuses and has continued with its arbitrary detention and public execution of prisoners of conscience as anti-regime protests across the country grow in size and scale.

This has occurred even as international criticism of the Regime and anti-regime protests organised by the Iranian Resistance, such as those by the truck drivers and the teachers, continues to grow. The protests were triggered by the increasingly weak economy and insufficient wages, which caused the poverty that runs rampant across Iran, but the people recognise that the Regime is at the root of all of Iran’s woes.

Earlier this month, the UN General Assembly’s Human Rights Committee adopted (85-30, with 68 abstentions) a new resolution calling on Iran to end its use of arbitrary detention and raising concerns about the “alarmingly high” use of the death penalty.

This will likely be approved by the UNGA next month and will become their 65th censure of Iran for human rights violations.

Maryam Rajavi, the president of the National Council of Resistance of Iran (NCRI), praised the UN for its decision.

She said: “Condemning the systematic and gross violations of human rights by the theocratic regime ruling Iran, the UN resolution once again confirmed that the regime blatantly tramples upon the Iranian people’s most fundamental rights in all political, social and economic spheres. The Iranian regime is in no way congruous with the 21st century and must be isolated by the world community.”

The NCRI has also previously welcomed the US “maximum pressure” campaign on Iran, which began after Donald Trump pulled the US out of the Iran nuclear agreement in May and announced that he would reimpose sanctions against the Regime.

While the other countries involved in the nuclear deal – the UK, France, Germany, China and Russia- all pledged to honour the agreement, many of their companies pulled out and the proposed method to avoid the US sanctions is looking more and more unworkable by the day.

This campaign and the sanctions, which returned in August and November, have caused a massive drop in the Iranian economy, which was already destabilised due to years of mismanagement and corruption by the mullahs.