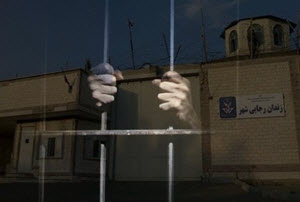 NCRI – Iran’s fundamentalist regime is setting the stage for the mass execution of a large number of Sunni political prisoners in the notorious Gohardasht (Rajai-Shahr) Prison in Karaj, north-west of Tehran.

In recent days many Sunni prisons in Hall 10 of Ward 4 of the prison have been moved to another hall, according to received reports. The remaining prisoners in Hall 10 all have death sentences.

The segregation of the death-row political prisoners has caused deep anguish and concern among them and their relatives that the regime is preparing to soon carry out their executions.

At least 27 Sunni death-row political prisoners in Gohardasht (Rajai-Shahr) have had their sentences upheld by the regime’s Supreme Court.

They have been charged with a variety of the fundamentalist regime’s bogus offences, including “acting against national security,” “propaganda against the state,” “spreading corruption on earth,” and “Moharabeh” (waging war against God).

Many of these political prisoners were arrested by agents of the notorious Ministry of Intelligence and Security (MOIS) in Iran’s western Kurdistan Province after the 2009 nationwide uprising against the mullahs’ regime. Most had been held in solitary confinement and tortured for several months after their arrest with no access to a lawyer or their relatives.

In their letter the political prisoners declared: “We would like to inform you that following a series of executions of Sunni youths in recent years, this time the Iranian regime intends to execute all the remaining death-row Sunni prisoners in Rajai-Shahr Prison.”

Their letter urged fellow Iranian Sunnis and religious leaders to join together to loudly condemn and prevent this “historic crime.”