Iran Regime Publically Executed 13 Inmates Since the Beginning of March 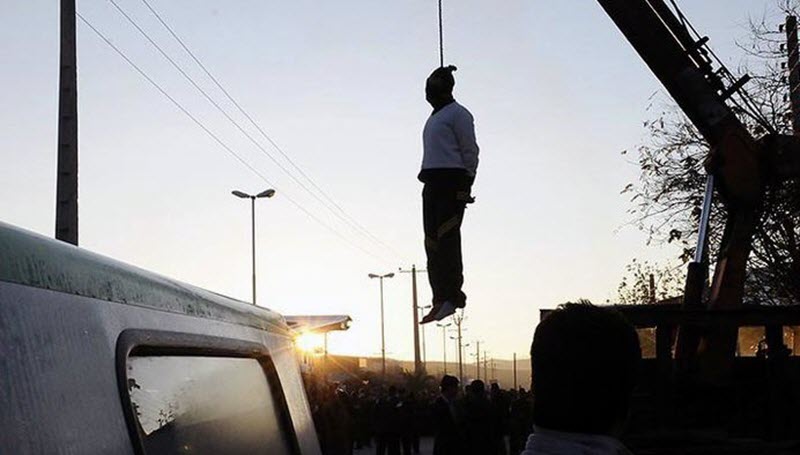 Iran has executed over 13 inmates in various prisons since the beginning of March, in the run-up to the Iranian New Year.

On March 14, Jalaluddin Mosala Nezhad was publicly hanged in Jahrom, according to the state-run Tasnim news agency.

On March 13, the state-run IRNA news agency reported that three men were executed in South Khorasan province for killing two armed agents of the regime, but did not report the names of the victims, their place of execution, or even the exact date of their deaths.

On March 12, a prisoner in Zahedan Central Prison was executed for an unknown crime. He was a married father-of-two and reportedly a former member of Iran’s national kickboxing team. Another man, 42-year-old Eslam Farsi, was hanged in Tabriz Central Prison.

On March 11, a father and son – Shir Mohammad Naroui and Younes Naroui – were executed on drug charges in Birjand Prison.

All of these have been carried out since Ebrahim Raisi, who was involved in the 1988 massacre of political prisoners, was appointed as head of the judiciary by supreme leader Ali Khamenei.

During his inauguration, Raisi said that massacre, execution, and suppression had safeguarded the regime in the past 40 years, that the Regime’s security was paramount to justice, and that he would consider Khamenei’s recent “second phase” statement as his covenant.

All of this comes just days after the UN Secretary-General Antonio Gutierrez and the Special Rapporteur on the situation of human rights in Iran Javaid Rehman expressed concerns over the use of the death peaty in Iran, specifically public hangings and executions of minors.

Rehman told the 40th session of the UN Human Rights Council in Geneva that he was also concerned about the suppression of individual freedoms in Iran, noting that the Regime had imprisoned many people for protesting, which amounted to “worrying patterns of intimidation, arrest, prosecution, and ill-treatment of human rights defenders, lawyers, and labour rights activists”. He called on the Regime to immediately and unconditionally release those arrested for peaceful protest.

Rehman said: “Many of the Iranian people have voiced their concern through protests, demonstrations, and strikes. People from diverse sections of society – from truck drivers to teachers to factory workers – across the country have protested. It is in this context of increased challenges that concerns are mounting about human rights, including the rights to freedom of peaceful assembly and to the association in Iran.”

In order to truly do something, stop human rights abuses in Iran, the world needs to take a stand and end the appeasement policies towards Iran. If the mullahs are given immunity for their crimes, they will only repeat them.