Iran Regime’s Official: Suppressing People in 1980s and the Events of 1988 (Massacre of the Political Prisoners) Will Uproot Us 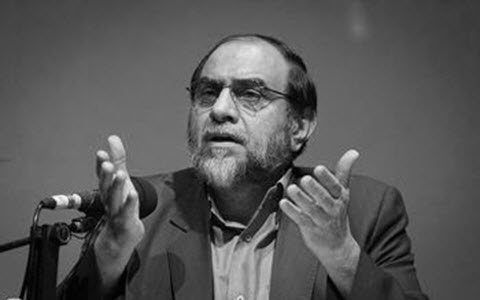 NCRI – The Iranian regime Channel-1 TV broadcast on 14 July 2017 the speech of Hassan Rahimpour Azghandi, of Khamenei’s band, for a group of the Revolutionary Guards.

In these talks, expressing fear at the widespread massacre of 1988 and the massacres of the 1980s being raised again in the community and the way out of the power struggle in the recent election, attacking the regime’s President Hassan Rouhani, he says: “Now these have become negative? What happened in 1988? You yourself were an official of the regime in 1988… You did not know who the (Mojahedin/MEK) were in 1988? Now accusing the Imam (Khomeini) and questioning him!”

Azghandi mentions the issue as a poison that affects the regime gradually and says: “Somehow, they want to engineer the mental calculations of public opinion, and in particular the officials of the country, in a way that this poison gradually comes and drop by drop affects us, and little by little they come to the conclusion that in the 21st century, question the slogans of the 1980s and the Imam’s (orders).”

He addresses Rouhani and says, “If you have dignity now, that’s due to the same 1980s’s and you after 30 years are using it. Destruction of the 1980s events and the case of the war (8-years Iran-Iraq war) and the cases of 1988 (massacre), these are the destruction of the Imam. They don’t name of the Imam but their goal is to hit the Imam himself, the goal is to hit the revolution…. No sir, you have misunderstood and developed misbehaviour. The enemy has not changed. You have changed. Your enemy is not afraid of you, your fear the enemy….”

He then continues: “You are changing. You are saying the words of the enemy who talks about the events of the 1980s, those who are still cursing the Imam, and have just begun the trial of Imam….”

Khamenei’s band piece addresses Rouhani again and adds: “Those who talk these words inside the country… they, some of them, insulted the Imam and the Revolution…. They have a history with the Intelligence Ministry that is they are an Intelligence agent and have had the most security and intelligence government since the beginning of the revolution and now all of them have become intellectuals everywhere and say we are academics. One should not look at the issues from intelligence and security point of view.

Azghandi ultimately says the main words: “… it will uproot us, even if we have the largest missile caches.”