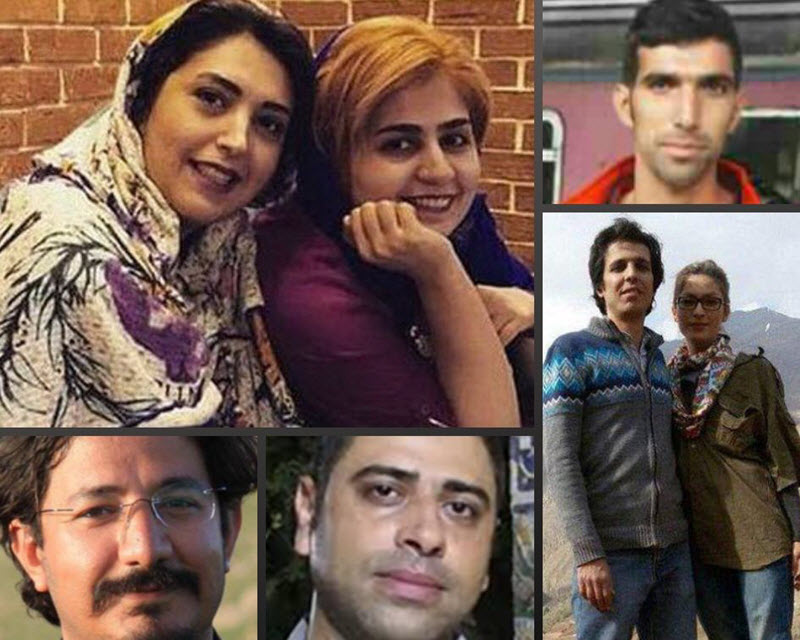 Ismail Bakhshi, charged with “assembly and collusion to act against national security”, “insulting the leader”, “publishing lies”, “spreading propaganda against the state”, and “disrupting public order”, was sentenced to 14 years of prison and 74 lashes.

Sepideh Qolian, Amir Amirqoli, Asal Mohammadi, Amir Hossein Mohammadi Fard, and Sanaz Allahyari were each sentenced to 18 years of prison on the charges of “assembly and collusion to act against national security”, “membership in the Gam” (a publication they wrote for), “spreading propaganda against the state”, and “publishing lies”.

Mohammad Khanifar, charged with “assembly and collusion and spreading propaganda against the state”, was sentenced to six years of prison.

Bakhshi, a worker at the Haft Tappeh Sugarcane Factory, is being held at Evin Prison. He was initially detained last December for 25 days, during which time he reported being tortured, before being released. On January 6, Bakhshi wrote on Instagram that he was tortured “to the brink of death”, addressing Intelligence Minister Mahmoud Alavi directly, and detailing the psychological torture against himself and a female civil rights activist and described the mental torture as being worse than the physical torture.

He wrote: “In the 25 days that I was unjustly detained by the Ministry of Intelligence, I went through such immense pain that I’m still suffering and I have turned to neurological drugs to ease the pain.”

The Haft Tappeh Sugarcane workers held protests for over 20 consecutive days because they had not received their wages.

The Women’s Committee of the National Council of Resistance of Iran wrote that they strongly condemned the “unfair, long-term prison sentences issued for human rights activists in Iran” and that the clerical regime is “attempting to prevent eruption of widespread social discontent against their corrupt rule”.

Previous article
IAEA: Iran Regime’s Latest Nuclear Deal Breach Is Installation of More Than 30 New Centrifuges
Next article
August Is Marked by Arrests and Harsh Sentences of Activists in Iran