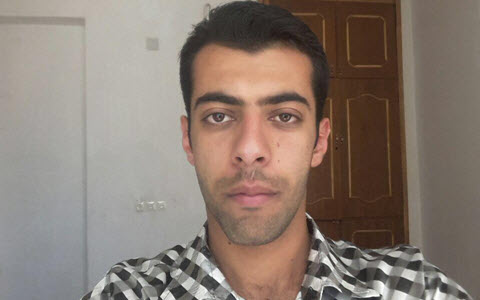 NCRI – According to reports, Iranian intelligence agents, through telephone calls, have threatened the family of a political prisoner with making new judicial case.

The threats came after the voice message of the prisoner came out on the morning of August 24, 2017, from the central prison of Ardabil in solidarity with the political prisoners in Gohardasht prison.

He also called on the UN Special Rapporteur on Situation of Human Rights in Iran, Asma Jahangir, to put pressure on Iranian regime officials to stop them from torture and repeated violations of the rights of detainees and their exile to various cities.

According to reports, his family was pursuing his case for cancellation of his son’s exile, but in response, the intelligence officials said that because he supported the political prisoners in Gohardasht by sending an audio message in Arabic, a new case is made against him and he will receive additional prison sentences.

They threatened that Maher Ka’bi in addition to bearing a 4-year prison term, another sentence was considered for him and a worse end will be waiting for him eventually.

In response to this call, Ka’bi’s mother told them that your threat and trick does not work on us and would not be useful. My child is innocent and you have to release him.

The family has become very worried about the conditions of their son after the threats.

It is noteworthy that more than 40 Arab political prisoners are in exile, and in addition to their punishment, their families are unable to meet weekly in the prisons because they far away from their city of residence, and this has doubled the families’ problems and, in fact, it is a kind of punishment for the families.