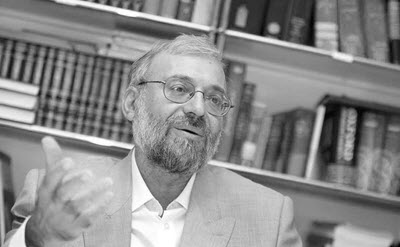 NCRI – In response to the statements of UN Commissioner” Zeyd Ra’ad Al Hussein” about the “fundamental problems” in regime’s judicial process and execution of juveniles by Mullahs’ regime, Mohammad Javad Larijani, Secretary General of regime’s human rights council, has defended the execution of prisoners.

In a letter to the UN Commissioner on Friday September 16, Larijani tried to justify the executions and said: “It should be pointed out that the commitment to abolish the death penalty has not been accepted by the international community as a hard or soft commitment and there is no consensus in this regard. Besides, the international covenant on civil and political rights does not completely rule out the death penalty. Rather, it even allows the member states to use it under certain conditions. The death penalty is not a human rights issue, but an issue related to the criminal justice system and a deterrent element for serious crimes. Therefore, this punishment should be evaluated in accordance with the rights of victims and the right of society to live in peace and security. Any country has the right to choose its own criminal justice system or its legal, economic, cultural, political and social systems without the intervention of other countries. Purposes and principles of the United Nations charter clearly states, especially in article 2 paragraph 7, that nothing contained in the charter authorizes the UN to intervene in matters that are within the local jurisdiction of a member state.”

With the start of the 33rd session of UN Human Rights Council on Tuesday September 13 in Geneva, Zeyd Ra’ad Al Hussein warned over the continuation of human rights violations in Iran under the rule of the Mullahs and the non-cooperation of the Mullahs’ regime with human rights organizations. He said: “Regarding the Islamic Republic, my office has not been allowed to have any kind of access from 2003… Our proposal to start technical talks about the death penalty has been, like other cooperation proposals, systematically ignored. This is unfortunate, especially considering the ongoing reports we receive on fundamental problems with the judicial administration of criminal justice, on the execution of so many people including juveniles, on prosecuting and discrimination against religious and ethnic minorities, on harsh restrictions on human rights defenders, lawyers, journalists and on discrimination against women both in law and in practice.”

Ra’ad Al Hussein criticized the number of executions in Iran under the rule of the Mullahs while expressing concerns over the ongoing execution of juveniles.

He then pointed to the non-cooperation of the Iranian regime and said: “ Some countries may shut down UN (human rights) offices or refuse to cooperate with the international inspectors, but they should know that they can never close our eyes to the truth. We keep trying our best so that our reports on these countries remain accurate.”

Previous articleIran stone exporters will be subject to 80 percent tax
Next articleIran: Beating political prisoner during transfer to court