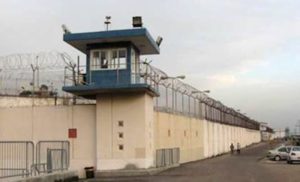 On Tuesday, the Association of Accredited Correspondents at the United Nations (ACANU), hosted a webinar to discuss the situation in Iranian prisons, and especially in wards housing political prisoners, during the ongoing coronavirus pandemic. The event highlighted a general cover-up regarding outbreaks and conditions in those facilities, as well as specific and recent cover-ups of riots staged by several groups of prisoners who are concerned over the threat posed by the novel coronavirus.

The webinar featured one former Iranian political prisoner who managed to escape the country while free on bail last year. The 31-year-old had been held for months in solitary confinement on account of having publicly displayed an image of the Iranian opposition leader Maryam Rajavi. During that time, he observed conditions that clearly set the stage for rapid spread of illness as virulent as Covid-19.

The former prisoner’s account of filthy cells, severe overcrowding, denial of medical treatment and lack of hand soap and cleaning products have been corroborated by a number of recent reports concerning the prisons in which coronavirus-related riots have taken place. The webinar noted that the spread of infectious disease had already been commonplace in those facilities before the onset of the global pandemic. This naturally cast extreme doubt on the Iranian regime’s early efforts to deny that any Covid-19 outbreaks had been observed in the prison system.

Those surely false claims persisted even after the Iranian judiciary announced its first plans to furlough prisoners in order to safeguard against outbreaks and address the concerns of human rights advocates. Authorities now claim to have released roughly 100,000 individuals from a prison population reported to number approximately 240,000. But activists affiliated with the National Council of Resistance of Iran (NCRI) and a number of human rights organizations have questioned these claims. The question is why a regime, which is known for its oppression, didn’t have an independent third party witnessing this important development? In other words, this is another bogus claim of the mullahs’ regime.

Some have even alleged that the Iranian regime is using the current situation to perpetuate the forced disappearance of certain prisoners, particularly political prisoners. The NCRI acknowledges that some high-profile inmates have been released, but it alleged that these examples were merely part of a public relations campaign aimed at distracting attention from the conditions still confronting so many others.

This conclusion is arguably supported by the recent riots, which took place in at least eight Iranian prisons and led to no fewer than 36 deaths. This number was confirmed by Amnesty International, but some reports from the local areas of those prisons suggest that the true death toll could be much higher. The NCRI reports that regime’s authorities fired live ammunition at inmates who were attempting to escape in at least six of the eight locations.

#Iran’s Regime Executes a Prisoner, Confirming How It Prioritizes Its Security Over People’s Lives Amid #Coronavirus Outbreak
The Iranian regime executed Mostafa Salimi, a prisoner who had escaped during the Saqqez prison rebellion, on April 11 #Covid_19 https://t.co/vYi8O682r1

One known participant in the rioting at Mahabad Prison, Danial Zeinolabdin, was tortured to death after being transferred to another facility. This potentially follows a pattern that inmates at Greater Tehran Penitentiary warned about in a letter announcing an organized hunger strike last month. The participants in that protest noted that they had observed fellow prisoners being transferred abruptly and without explanation, leading to unresolved questions about their fate.

It would be easy for regime authorities to claim that the subjects of any such abrupt transfers have been released on furlough pending the end of the coronavirus pandemic. But in absence of international monitoring of the situation in those prisons, it is extremely difficult to confirm that the actual number of furlough arrangements is anywhere near the 100,000 claimed by the regime’s judiciary.

That lack of monitoring also leaves Tehran with little incentive to address the lack of basic necessities for whatever percentage of the prison population remains incarcerated throughout the pandemic. Iran Human Rights Monitor highlighted this deprivation on Monday, noting that in Ghezelhesar Prison, for instance, inmates even lack access to running water for four hours per day. The same report confirmed that these conditions persist even as prisoners are recognizably dying of Covid-19. At least four detainees at Urmia Central Prison died of the disease on a single day last week after being transferred to hospital.

Rights Group: Amid Coronavirus Outbreak in Iran, Prisoners Are Most Vulnerable and Should Be Immediately Released
The monthly report of the Iran Human Rights Monitor focused on the #coronavirus outbreak in #Iran and Iranian prisons. #COVID19https://t.co/GBtmoQJaQC

The NCRI has described these sorts of deaths as being the product of more than just neglect. The former political prisoner in Tuesday’s webinar conveyed messages from current detainees who have observed sick patients being deliberately transferred to political wards in what are effectively incidences of biological warfare.

These actions join a range of other tactics for punishing or exerting pressure on prisoners of conscience and other troublesome inmates. And the persistence of this familiar mistreatment casts further doubt on the judiciary’s claims of mass compassionate release. Iran Human Rights Monitor reports that pressure on prison populations has increased following the recent riots and that prisoners’ families have been explicitly told that furlough requests are off the table.

Meanwhile, lengthy sentences continue to be handed down for peaceful activists, including those who are already serving time in notorious political wards. Saeed Sangar, recently had his sentence arbitrarily extended by 15 years after having already served two years in addition to his original 18-year sentence.

Individuals like Sangar are joined by a growing number of new detainees who participated in last November’s nationwide protests against the clerical regime. The Human Rights Activists News Agency updated its list of these political prisoners last week with more than two dozen additional names, whose sentences range from just three months to eleven years, plus one capital sentence for “cooperating in vandalism and arson with an intent to act against the Islamic Republic of Iran.”