Written by Mahmoud Hakamian
29th May 2020 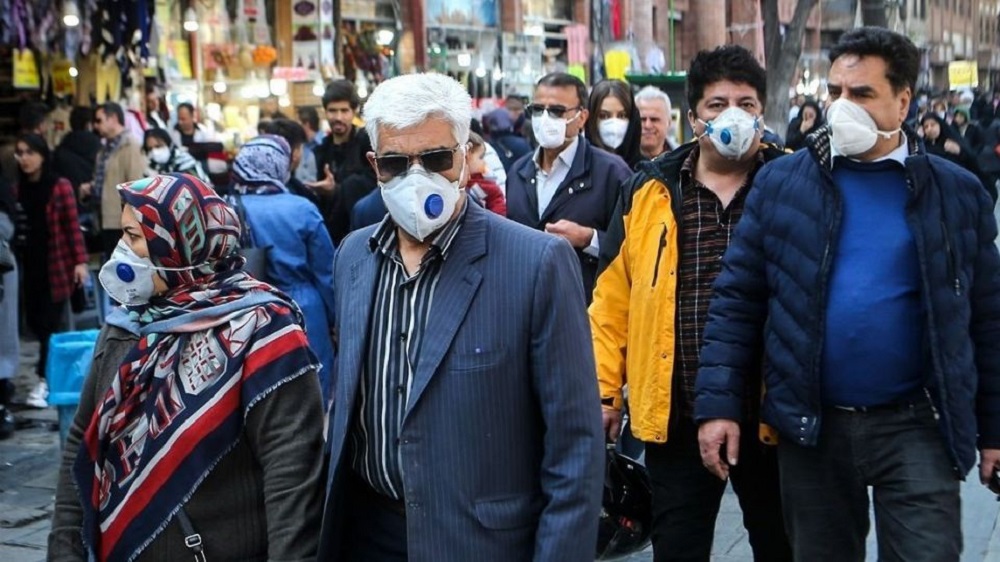 The Iranian regime has continued to press forward with plans for reopening the country this week, despite a still growing death toll and recent spikes in new cases of Covid-19. Iran has been suffering from the worst outbreak of the novel coronavirus in the Middle East. The true COVID-19 death toll in comparison with the clerical regime’s official figures confirms that it is one of the worst outbreaks in the world.

The People’s Mojahedin Organization of Iran (PMOI/MEK) announced that as of Thursday evening, there have over 47,500 death due to the coronavirus outbreak across Iran.

According to the Iranian regime’s Health Ministry, roughly 7,500 people have died from the disease since mid-February, while nearly 140,000 have been infected in total. But individual members of the Health Ministry and the coronavirus task force have occasionally broken with the official narrative. Last month, one such official announced that the total number of infections had likely already reached half a million. And figures outside the regime have suggested that that benchmark was passed even earlier, reflecting an earlier-than-acknowledged start date for Iran’s outbreak.

In March, the National Council of Resistance of Iran pointed to leaked documents from the National Emergency Organization which indicated that several individuals had been admitted to Iranian hospitals with suspected coronavirus infection before the end of January. Yet government officials’ first public statement on the matter did not come until February 19, just two days before parliamentary elections. Even in the wake of that statement, authorities continued to push for high voter participation, without safeguards, just as they had pushed for strong attendance at celebrations of the Iranian revolution’s anniversary, earlier in the month.

MEK and the NCRI’s provincial estimates suggest that nearly as many people have died in Tehran alone as Iranian officials say have died across the entire nation.

The NCRI’s figures are based in part on hospital records and testimony from Iranian doctors and nurses, as well as other eyewitnesses who have been in communication with the MEK network during recent months. Furthermore, the NCRI has cited statistical models to project the likely growth in overall cases and rates of mortality.

The latest estimates point to the avoidance of this outcome. Considering the regime’s Health Ministry’s acknowledgement of a rising trend in new cases there is little question about this milestone being surpassed in the coming month. That rising trend represents the ongoing impact of Tehran’s premature reopening, which began with the resumption of supposedly “low-risk” economic activity on April 11.

The reopening policy had been set in advance by the regime’s Supreme Leader Ali Khamenei, the final authority in all matters of state. At the start of the Iranian calendar year in March, with the coronavirus pandemic already in full swing, Khamenei declared that Iran was entering the “year of boosting production,” thereby signaling that regime’s economic interests will rank ahead of other priorities, presumably including public health.

Nevertheless, the regime’s Health Ministry blatantly declared in early May that the Iran had seen its smallest number of new Covid-19 cases since March 10. But as new infections reached the end of their incubation period and more localities were added to the list of “white zones” where coronavirus was supposedly under control, this low point was followed by several consecutive days of expanding growth in new cases, which even was admitted by the regime’s officials.

On Tuesday, the Health Ministry reported that there had been 57 coronavirus-related deaths over the previous 24 hours – still more than the presumed low point on May 3. Yet reopening procedures continued to accelerate on Tuesday with a change in guidance that allowed restaurants to begin admitting patrons for sit-down dining. And just a day prior, authorities reopened religious shrines throughout the country.

This outcome should have been predictable to anyone because those shrines, attract tens of millions of pilgrims each year and are sources of income and centers of plunder of mullahs’ regime. Many regime’s authorities rejected those calls outright, and the overseer of at least one shrine insisted that it should remain open specifically as a “place of healing” during the pandemic.

This is while Iran’s holy city of Qom developed into an epicenter for the spread of Covid-19 not just across Iran but throughout the region. At least five other Middle Eastern countries were able to trace their first cases back to Iran before the end of March.

This regional spread also reflects the fact that the Iranian regime refused to close its borders for far longer than in neighboring countries. In fact, Mahan Airlines reportedly continued to operate flights to and from China, where the novel coronavirus originated, throughout March and into April. Similar disparities between Iran and surrounding countries were observed in lockdowns of domestic economies. As a result, the April 11 start date for Iran’s reopening marked the conclusion of only a brief pause, which was out of step with the greater severity of that country’s outbreak.

Despite all of this, Iranian regime’s authorities continue to publicly champion their response to the pandemic as a triumph. Even before restrictions began to be lifted, Tehran rejected offers of medical assistance from both the United States and Doctors Without Borders, insisting that such aid was not needed. But on the other hand, the regime has continually appealed to the Western world for sanctions relief. Rouhani marked Wednesday’s opening of the new Iranian parliament with a speech that repeated longstanding condemnation of Washington’s supposed “economic and medical terrorism.”

Those condemnations have been intertwined with public statements, by Rouhani and others, insisting that the coronavirus response has not be adversely affected by sanctions, and that Iran’s response was superior to those of various Western governments. Rouhani himself insisted in April that Iranian hospitals had an ample supply of beds in intensive care units, as well as personal protective equipment and other vital resources for addressing the pandemic. And amid a seemingly premature re-opening, regime’s authorities even went so far as to brag that they were prepared to export large quantities of these resources.

On Monday, regime’s Foreign Minister and chief apologist Javad Zarif made a similar offer to African countries on Africa Day. “Iran has always been – and will forever be – a reliable partner of all fraternal African nations,” he posted on Twitter, adding that in the midst of the global pandemic, the regime is “ready to share our experience and expertise to help save lives.” His remarks contradict his and other regime’s apologists’ efforts to depict U.S. sanctions for Iran’s high mortality rate of the COVID-19.

The regime’s militancy is being amplified by the regime’s pre-existing concerns about its loosening grip on power. Since the beginning of 2018, Iran has been rocked by two nationwide uprisings, plus countless smaller-scale protests featuring anti-regime slogans like “death to the dictator.” In March, a think tank, Asra, published an analysis of the conditions surrounding the pandemic, and warned regime authorities that a questionable response and a lack of public trust were sure to set the stage for further unrest in the aftermath of the crisis.

The think tank went on to recommend that Iran step up its repression of dissent in order to head off another uprising. This is precisely what Khamenei seemed to do when putting the armed forces and particularly the Revolutionary Guards in charge of the response. But these moves reinforced a set of strategies, including a premature reopening of the economy, that threaten to make the crisis worse and further inflame the public’s rage over the long term.

As the NCRI’s president-elect Mrs. Maryam Rajavi has repeatedly said: “Today, not only the freedom of the people of Iran, but their very lives and health, and the country’s economy and existence depends on the overthrow of the clerical regime.”