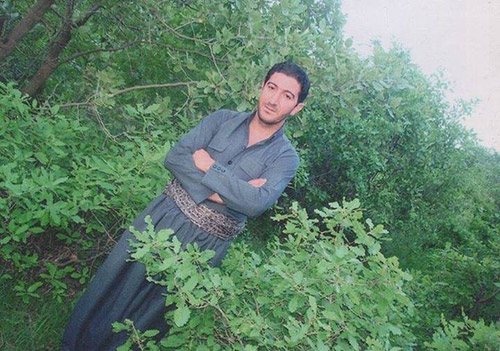 NCRI – The Iranian regime’s henchmen on Sunday hanged a Kurdish political prisoner in the central prison of the city of Tabriz, northwest Iran, without informing his family.

Sirvan Nezhavi, was arrested on July 5, 2011 in the city of Karaj and was charged with ‘Moharebeh’ (waging war on God) for membership in a Kurdish group that opposes the Iranian regime.

According to Sirvan’s brother, Hossein, the victim’s relatives were only informed of Sirvan’s execution when the authorities in Tabriz Prison contacted them to go to prison to collect his body. Hossein said his family had not been informed of plans for Sirvan’s execution and they were not able to pay a last visit to him.

Sirvan along with another political prisoner had been transfered to solitary confinement on Saturday.

Sirvan Nezhavi was sentenced to death on April 11, 2012 by a branch of the Iranian regime’s Revolutionary courts without having a defense lawyer of his choice. He death sentence was later approved by the regime’s Supreme Court.

Sirvan was among a group of six political prisoners who were transferred last February to an unknown location. Two members of the group Ali and Habiballah Afshari were hanged but there was no information on the remaining four until recently.

It took five months for the Iranian regime to admit that it had executed Ali and Habiballah Afshari in the western city of Orumieh.

In July 2015, the authorities in the city’s Central Prison told the two dissidents’ relatives that they had been hanged on February 19, 2015 and ordered them to pay for the cost of the execution.