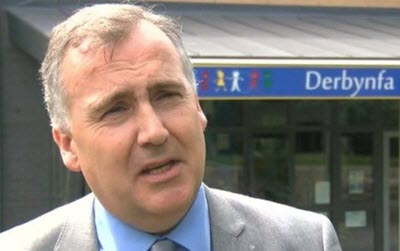 Welsh Liberal Democrat Leader Mark Williams MP believes it is time the West addressed human rights abuses in Iran and that the UK must ‘stand with the Iranian regime’s victims in their quest for justice’. The following is the text of his op-ed in Tuesday’s edition of PoliticsHome:

Omran Daqneesh is not the most relatable of names to Western media. It is hard to pronounce and its origins are foreign. However, on August 17th Omran Daqneesh’s face became a symbol of suffering and lost innocence in perhaps the world’s most terrible current conflict, the civil war in Syria. Instead of an unrelatable name, media outlets and regular people the world over saw a face of a small boy, estimated at 5 years old, covered in blood and dust after an air strike. They were reminded that the Syrians are just like them, that this could be their child, their friend or family’s child. And that if it were, they would be on a playground with few worries, not in a war-zone. Stories similar to Omran’s happens probably every day and they happen in large part because of a regime who has done the same carnage for years on end, yet has escaped media attention.

The current Iranian regime and its face, Hassan Rouhani is not covered in dirt or blood, he is well groomed, and according to the public perception forged by some western media outlets, a “moderate”. However, it is Hassan Rouhani’s Iran that has helped the Assad regime in Syria to target civilians like Omran and is directly responsible for the scenes of devastation that Omran’s photo gave a small glimpse of. It is the same regime, carried out the systematic slaughter of approximately 30,000 political prisoners in 1988.

During a few weeks of unimaginable horror in 1988 innocent civilians, just like Omran and his family, were made to appear before kangaroo courts to determine their sympathy to Iran’s main opposition group, the People’s Mojahedin Organisation of Iran (also known as PMOI or MEK). While not a dramatic air strike, the judges’ words had a similarly deadly effect. Men were joined by women of all ages and even those in pregnancy, were questioned on their sympathies to the PMOI. Even an admission that the group had some intellectual appeal because of the harsh conditions the government imposed on them received a death sentence. Children were ripped from their mother’s arms, screams and cries for forgiveness were left unanswered and in the end 30,000 innocent lives were taken.

In 1988 there was no social media, no developed internet infrastructure to share devastating images like Omran’s and there was no outcry. To lawmakers in Washington DC, across Europe and everywhere in between, those innocent men, women and pregnant mothers and scared fathers were numbers, headlines and “not our problem.” Today, history is repeating itself in Syria under the same regime, those same murderers who oversaw the slaughter of 30,000 innocents in Iran are condemning Syrians, Iraqis and many others who do not believe in their radical ideology to the same fate – history is repeating itself and we cannot again let ourselves to look the other way.

Critics will argue that this Iran is different, that they have abandoned nuclear activities and that change does not come overnight. According to them we will have to “wait and see.” Yet we have waited decades since the 1988 massacre and after that long wait, we have only seen those murderers and extremists who perpetrated the slaughter get promotions. A newly available audio recording of the late Ayatollah Montazeri, who was Khomeini’s heir and the Supreme Leader in-waiting at the time of the massacre, censuring the “death commission” proves this fact. One of the main figures in the death tribunals of 1988 was rewarded for the bloodshed by Rouhani’s government of “moderates” and is currently Justice Minister.

The same ideology of hate, of murder, of barbarity is repeating itself as Iran has the highest execution rates in the world and it’s spreading to places such as Syria and Iraq. It is spreading because of inaction, because of indifferent populations who see issues in far off places as “not their problem”. But, Omran and others like him, remind us not to forget our humanity. If we do not stand up for Omran and others like him, who will be there to stand up for us when fundamentalist and terrorists attack us? We can never allow ourselves to forget our humanity.

It is high time to take action. Our policies toward Iran must change to focus on Tehran’s human rights abuses and destructive intervention in the region. We should stand with the Iranian regime’s victims in their quest for justice.

As the saying goes, “The only thing necessary for the triumph of evil is for good men to do nothing”.