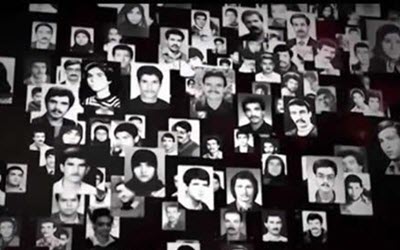 NCRI – The United States Congress should dismiss any call for appeasement in relation to the Iranian regime and continue pursuing and holding firm its sanctions against those in the mullahs’ leadership who are behind the atrocious human rights violations, argues Shahriar Kia, a press spokesman for residents of Camp Liberty, Iraq, and members of the People’s Mujahedin Organization of Iran opposition group (PMOI, also known as MEK). The following is the text of his article on The Hill:

Following Iran’s nuclear agreement, the thinking was the country would begin to wind down its human rights violations, especially the use of executions. However, recent reports indicate 33 people were sent to the gallows on Aug. 2.

Congress should dismiss any call for appeasement in relation to Iran, and continue pursuing and holding firm its sanctions against those in leadership who are behind the atrocious human rights violations.

This marks one of Iran’s most atrocious mass executions in recent times. Iranian judiciary officials claim 20 of the victims were Sunni Kurds, executed in Gohardasht (Rajaie Shahr) Prison in Karaj, west of the capital, Tehran.  The victims had denied all charges raised against them, and in video clips and text posted on the Internet revealed they had spent time in “solitary confinement” and placed “under torture.”

Iran is known for its skyrocketing number of executions and obtaining coerced confessions through torture and other banned methods. The mullahs have also proved their “sickening enthusiasm” of sending juveniles to the gallows, all in violation of international laws and respecting no bounds in this regard, according to Magdalena Mughrabi, Deputy Middle East and North Africa Program Director of Amnesty International. International law, including the Convention on the Rights of the Child to which Iran is a state party, absolutely prohibits the use of death penalty for crimes committed when the defendant was below 18 years of age. Yet apparently this is a pretext Iran refuses to respect.

Previous articleNCRI’s Elaheh Azimfar: What Europe can do for human rights in Iran?
Next articlePolitical prisoner condemns executions of Iranian dissidents