NCRI – The regime in Iran has hanged three men in public in the city of Karaj, in Alborz Province, north-west of Tehran.

The three men, who were not named, were hanged at dawn on Wednesday.

The regime’s state-media published photographs from the scene of the executions.

Five other death-row prisoners, including one woman, in the south-eastern city of Kerman were on Wednesday transferred to solitary confinement in preparation for their imminent execution.

Three of the men have been identified as Ezzat Sabeki, Meysam Shahraki and Ali Zehi.

At least 30 prisoners have been executed in Iran in the past 9 days. 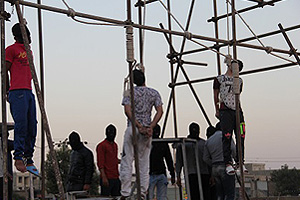 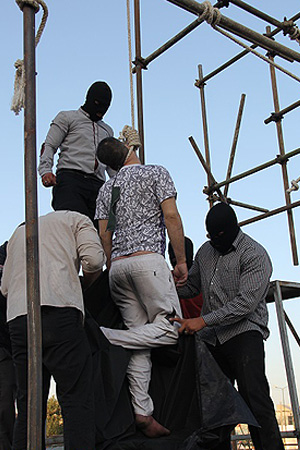 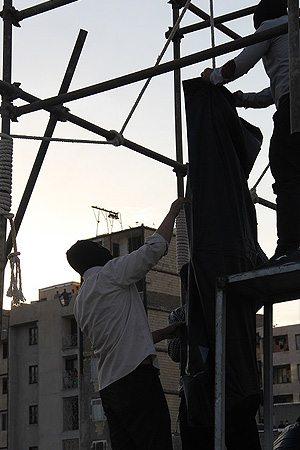