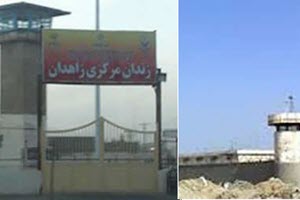 NCRI – Torture by Iran’s fundamentalist regime has led to the death of three Iranians in a prison in Zahedan, southeastern Iran, over three consecutive days this week, according to received reports.

The reports indicated that on Sunday, Monday and Tuesday of this week the three prisoners in Wards 5, 6 and 7 of the central prison of Zahedan died due to brutal tortures and denial of medical treatment.

Farzad Naravi, who went by the nickname Shahin and was in his forties, lost his life on Sunday, December 27, three days after he was transferred to Ward 5 of the prison from an interrogation center where he had been brutally tortured. He had serious torture wounds and blood on his back and feet. In prison, he was denied access to medical care.

Mehdi Naravi, 38, died in prison on Monday, December 28. He had spent the past six years behind bars and had been in Ward 7 of Zahedan Prison. For some time, Mehdi Naravi had been ill, but the prison guards deliberately refused to allow his transfer to a hospital.

Gholam Rabbani, 45, who had been imprisoned in Ward 6 of the prison, died on Tuesday, December 29. He too had been ill after spending the past two years in prison, but prison guards had prevented him from receiving proper medical treatment.

Previous articleSlogans in 2009 Iran uprising mirrored those of PMOI – official
Next articleIran Liberation No. 390