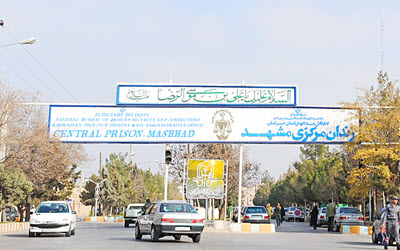 The executions, carried out on Sunday, were reported by the state-run daily Khorasan.

The hangings bring to at least 34 the number of people executed in Iran since the start of last week, while European officials have been paying visits to Tehran. Three of those executed were women.

The National Council of Resistance of Iran (NCRI) said in a statement on Wednesday that the increasing trend of executions “aimed at intensifying the climate of terror to rein in expanding protests by various strata of the society, especially at a time of visits by high-ranking European officials, demonstrates that the claim of moderation is nothing but an illusion for this medieval regime.”

Ms. Federica Mogherini, the High Representative of the European Union for Foreign Affairs and Security Policy, was in Tehran on Saturday along with seven EU commissioners for discussions with the regime’s officials on trade and other areas of cooperation.

Her trip was strongly criticized by Mohammad Mohaddessin, chairman of the Foreign Affairs Committee of the NCRI who said: “This trip which takes place in the midst of mass executions, brutal human rights violations and the regime’s unbridled warmongering in the region tramples on the values upon which the EU has been founded and which Ms. Mogherini should be defending and propagating.”