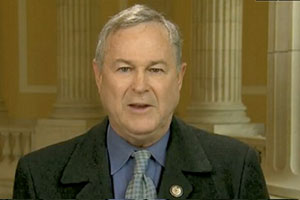 The report earlier this month that Washington Post correspondent Jason Rezaian had been convicted of espionage by an Islamic court in Tehran was on its own account an outrage. With congressional attention given over to electing a new speaker, not to mention the dramatic interrogation of Hillary Clinton, the self-defining nature of this rigged conviction might have been overlooked.

It is too significant to be overlooked.

The ink had not dried on President Obama’s Iran nuclear arms agreement when the mullah regime took a Western reporter who it had imprisoned for more than a year and cast him into an even longer torment. Nothing could have been more clarifying.

This is the nature of the beast our diplomatic establishment has been trying desperately to trust — indeed, a misplaced trust in the mullah regime’s willingness not to develop nuclear weapons.

The Rezaian conviction, an intentional thumb in America’s eye, intruded just when the Obama administration thought the Green Revolution of 2009 had receded into the mists. Then the mass protest challenged the election of former President Mahmoud Ahmadinejad and was met with a bloody putdown in the streets along with mass arrests of brave human rights advocates.

The activists pleaded for support, at least moral support, from Mr. Obama. But the president turned a deaf ear in hopes of forging a legacy-building deal with their oppressors.

History teaches that it is not necessarily wrong to parley with the world’s bad actors, but that doesn’t mean ignoring the evil nature of those on the other side of the table. If a regime is based on beating its people into submission, how can we count on its good faith with us?

Despite opposition by a majority of Congress and the American people, the Iranian nuclear arms deal is about to go into effect. It will provide Iran up to $150 billion in unfrozen assets, probably by early in 2016. This will allow the Islamic republic to expand its grotesquely wicked behavior, which includes spreading global terrorism and systematic abuse of human rights within its borders.

But these particular concerns highlight another legitimate concern. Our government’s debate over Iran policy should not be so centered on a flawed nuclear deal.

That is a symptom of a much broader misunderstanding of the Iranian threat. It seems the Obama position is predicated on the idea that the theocratic regime is trending toward moderation.

In 2013, the newly elected President Hassan Rouhani was pointedly embraced by Mr. Obama and a number of others as a victory for the reformist elements in Iranian society, a vindication of the goals of the popular 2009 uprising.

Since Mr. Rouhani came to power there have been 2,000 executions, more than 700 this year alone. This figure represents the number of people put to death by the Iranian judiciary. It doesn’t include those killed by prison authorities, those denied lifesaving medical attention, or those who died under torture during interrogations.

As recently as Sept. 13, a well-known political prisoner, Shahrokh Zamani, was found dead in his cell. He had been working on documents related to labor rights as well as the plight of political prisoners. His body showed signs of abuse.

The political prisoner population, in fact, has not decreased during Mr. Rouhani’s presidency. Criminalization of dissent is still endemic to the regime, as it continues to be prominent on annual lists of the world’s most heavy-handed oppressors of journalists and civil activists.

The website Journalismisnotacrime.com recently received the results of a study it had commissioned of the journalism profession in Iran. It found that nearly 60 percent of those journalists who participated in the study had been arrested. Twenty percent had been tortured.

Sadly, the study seemed to reveal that such repressive measures are reasonably effective. Seventy-eight percent of journalists who were interviewed by psychiatry professor Anthony Feinstein reported they’d dropped at least some of their journalistic projects as a result of threats to them or their families.

The Iranian nuclear program threatens the stability of the world and could be the harbinger of mass destruction and death. We have at least several months to respond to that apocalyptic scenario.

Before the treaty does its damage, we may expect another mass public execution of Iranian prisoners; another political detainee beaten to death for refusing to end his activism; another journalist tortured, his family threatened, simply because he dared tell the truth about his country.

Each abuse confronted on the international stage is another deconstruction of the absurdist narrative that portrays Mr. Rouhani as a moderate. When that narrative is gone, the false premises behind the nuclear agreement will be exposed.

Until the false narrative is disproven, the president and like-minded officials, here and abroad, will perpetuate the naive idea that the Middle Eastern crisis will resolve itself.

For the United States and our allies, this is not a choice between collusion with the mullah regime or U.S. military action against it. The way forward is to find ways to revive the remnants of the Green Revolution. Resistance groups are ready, including the People’s Mujahideen of Iran and the National Council of Resistance as well as ethnic opposition: Azeris, Kurds, Baloch, Hazaris, all united in their suffering under the mullahs.

Next time authentic Iranian democrats cry out for support, our response must be an unmistakable “Yes, we are with you, not with your oppressors.”

The Iranian people are our allies. Let us, as President Reagan did to the Soviet Union, an atheist dictatorship, provide support and encouragement to those many Iranians who oppose their mullah theocracy.