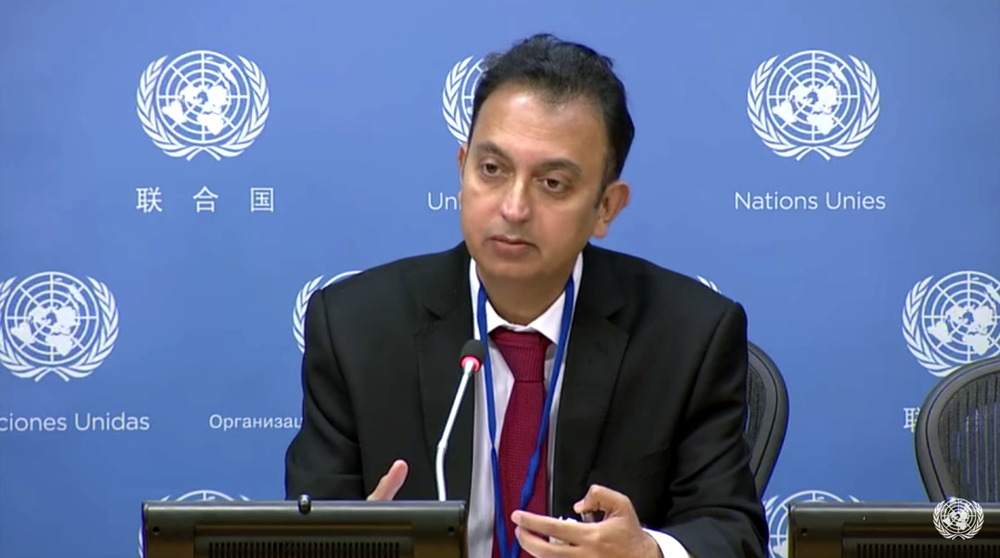 The United Nations special rapporteur on the situation of human rights in Iran has had his mandate extended for another year, after a 22-7 vote in the UN Human Rights Council (UNHRC) on Friday.

Javaid Rehman, 32, a Pakistani-born British legal scholar and professor of Islamic law, was appointed to the position in July 2018 submitted his latest report on Iran to the UNHCR on February 27, when he voiced particular concern over the death penalty in Iran.

Rehman asked the Iranian authorities to provide him and the UN High Commissioner for Human Rights with a list of all child offenders on death row. He also gave special attention to the crackdown on labour rights in Iran.

Esmaeil Baghaei Hamaneh, Tehran’s representative to the European headquarters of the UN, called the resolution an unfair, dishonest, and unjustified plan devised by “certain governments” and argued that it would reinforce stereotypes about the Iranian Regime.

He said: “It is saddening that the time and budget of the UNHRC are wasted on devising such stereotypes cooked up by a few against a member of the UN.”

At this point, it is important to note that the Regime stole the revolution from the people in 1979 and murdered at least 120,000 members of the main opposition since taking power.

Also, of those who voted against the mandate – Afghanistan, China, Cuba, Eritrea, India, Iraq, and Pakistan – we can see that at least two of them buy oil from the Iranian regime, while three have close links to the mullahs.

In a letter released March 15, over 40 human rights organizations voiced their support for the renewal of the mandate for the UN special rapporteur for human rights in Iran.

Former special Rapporteur Canadian lawyer Maurice Danby Capithorne said that his first report on human rights in Iran resulted in the Regime banning him from visiting Tehran. None of his successors has been allowed to visit Iran despite repeated requests.

In December 2018, the UN General Assembly passed yet another resolution condemning widespread human rights violations in Iran, specifically focused on “ongoing severe limitations and restrictions on the right to freedom of thought, conscience, religion, or belief”.

The Iranian regime was also cited for restrictions and attacks on places of worship and burial, harassment, intimidation, persecution, arbitrary arrests and detention, denial of access to education, and incitement to hatred leading to violence against persons belonging to recognized and unrecognized religious minorities.

Previous articleMaryam Rajavi Sends Her Condolences to Flood Victims, Calls on Iran’s Youth to Take Independent Action to Aid the Affected
Next articleCatastrophic Management by Authorities in Face of Destructive Floods Provokes Widespread Indignation in Iran