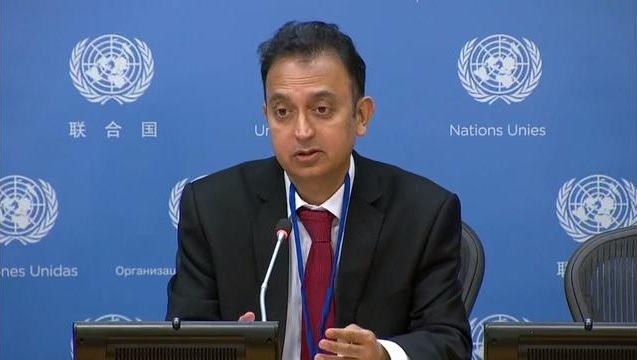 Iran’s regime executed at least seven child offenders last year, while another 90 minors are on death row, according to a new report to the United Nations General Assembly by the Special Rapporteur on the situation of human rights in Iran.

The report by Special Rapporteur Javaid Rehman, “A/74/188”, circulated to UN Member States on August 16, stated: “In 2018, there were seven reported cases of executions of child offenders. There are currently an estimated 90 individuals on death row who were all under the age of 18 at the time of their alleged offences. Among the most recent cases, on 25 April 2019, two 17-year-old children, Mehdi Sohrabifar and Amin Sedaghat, were executed” in Adelabad prison in Shiraz for an alleged crime that they reportedly were forced to confess to under torture.

Mr. Rehman pointed out that the position of UN rapporteurs and the UN High Commissioner for Human Rights, Michelle Bachelet, on child offender executions has been unequivocal. “They have stated that this practice is absolutely prohibited and must end immediately.”

The Special Rapporteur also raised concerns about allegations of “confessions extracted by torture” and a “lack of due process or a fair trial.”

The full report is available on the UN website: https://undocs.org/en/A/74/188