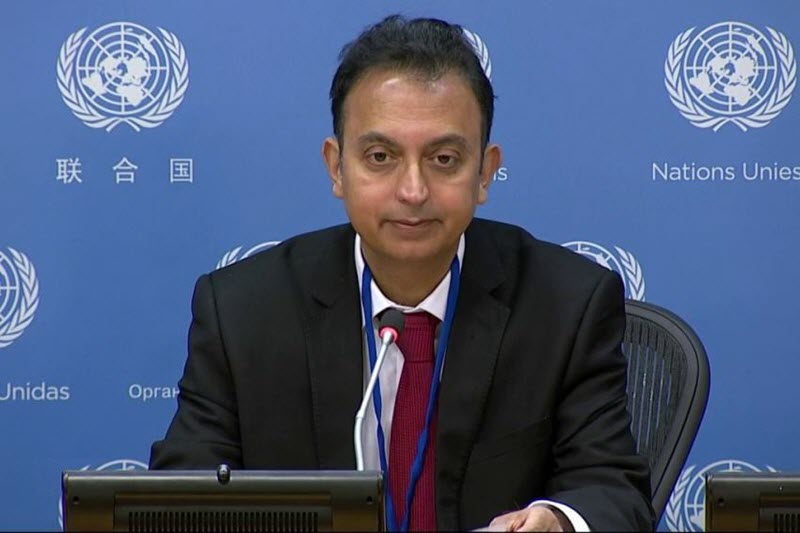 Javid Rehman, the UN Special Rapporteur on the human rights situation in Iran, presented his report to a UN panel in New York on Wednesday, with the United Kingdom, the United States and the European Union in attendance, criticizing the increase in executions and suppressions inside Iran.

Rehman, a British-Pakistani legal scholar who took the role earlier this year, explained that throughout 2018, a nationwide protest movement calling for regime change, which the Regime has tried to suppress, has besieged Iran. He advised that these protests were sparked by a failing economy that has led to untenable living conditions.

He then called on the Iranian authorities to allow him to visit the country in order to assess the human rights situation there through interviews with actual Iranian citizens. He said that this would also allow him to investigate reports from international human rights organizations about human rights violations, particularly executions, torture, suppression of freedom of assembly, opinion and expression, as well as stripping away the fundamental rights of religious and ethnic minorities, women, journalists, dual-citizens, and political opponents. Rehman also called on the Iranian Regime to work with him in order to improve human rights in Iran.

During a press conference after the meeting, Rehman expressed concern for many groups imprisoned in Iran, including:

• Eight environmental activists, who were held for eight months without charge and now face the death penalty for “corruption on earth”

• Untold numbers of women, who were arrested for protesting the compulsory hijab, something that Rehman considers a violation of human rights and international laws

• The at least 8,000 people arrested during the January protests, who were also threatened with the death penalty

Rehman advised that the UN continue to monitor the protests in Iran, which are ever increasing, and the Regime’s suppression and abuse of those arrested and detained. Many Iranian prisoners have died under suspicious circumstances, likely whilst being tortured, since the start of the year, but the Regime claims that these are suicides and rejects a full investigation of the facts.

The protests in Iran began in late December over a proposed budget that slashed subsidies for the poor. It quickly spread over the country and, during the Iranian Regime’s crackdown, 50 people were shot in the street, 8,000 people were arrested, and 14 died under torture in prison. Following that, Maryam Rajavi, the leader of the Iranian Resistance called for a “year of protests”.