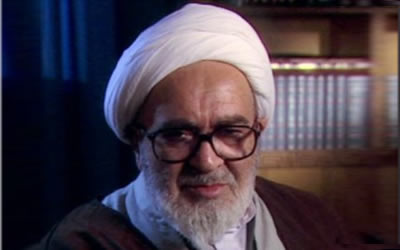 NCRI – An audio file that surfaced this week — posted on a website maintained by supporters of Hossein Ali Montazeri, the hand-picked successor to Ruhollah Khomeini, the founder of the clerical regime, purports to offer a new glimpse into his last, desperate attempt to limit the killings of the 1988 massacre of political prisoners in Iran, reported The Washington Post on August 12.

According to the Washington Post, “Montazeri was dumped as the hand-picked successor to Khomenei. Subsequently He would be declared a foe of the state and placed under house arrest for six years.”

“A full accounting of what’s called the ‘death commission’ created by Khomeini has yet to be carried out. But thousands died — by hanging or firing squad or in places such as Tehran’s Evin prison,” reported the Washington Post.

Some 30,000 political prisoners who were serving their terms, the overwhelming majority of whom were activists of the People’s Mojahedin Organization of Iran (PMOI or MEK), were executed within a few months.

“In my opinion, the greatest crime committed during the Islamic Republic, for which history will condemn us, has been committed by you,” Montazeri is recorded as saying on the July 1988 tape to a group of senior judicial and intelligence figures, including a domestic spymaster, Mostafa Pourmohammadi, who now serves as justice minister in the government of President Hassan Rouhani.

“Beware of 50 years from now, when people will pass judgment on the leader [Khomeini] and will say he was a bloodthirsty, brutal and murderous leader. … I do not want history to remember him like that,” added Montazeri, who was one of Khomeini’s most trusted allies for decades before they parted ways.

A translation of the 40-minute recording was provided by an opposition group, the National Council of Resistance of Iran, which has offices in Washington and other cities. Similar translations were made by various outlets, including the BBC’s Persian Service.

Maryam Rajavi, head of the National Council of Resistance of Iran opposition group, urged international prosecutors to use the tape as further evidence that can be used to press charges for the political slayings of the late 1980s. She noted that some of the officials who helped carry out the purges — such as Pourmohammadi and the others who met with Montazeri — “have, from the beginning of this regime to the present day, held posts at the highest levels of the judicial, political and intelligence apparatuses.”

According to The Washington Post, Montazeri’s son, Ahmad, said Iranian intelligence officials ordered him Wednesday to remove the audio from the website, but the news of the tape and its revelations has sent political shock waves into Iranian political landscape and has revived extensive discussions on the 1988 massacre of political prisoners.

The massacre of political prisoners in 1988, a crime against humanity has gone very much unnoticed over the past three decades. It remains to be one of the darkest stains on the recent history of mankind, as one of the least exposed and discussed.