Why, Unlike Many Countries, Iran’s COVID-19 Crisis Amplified? 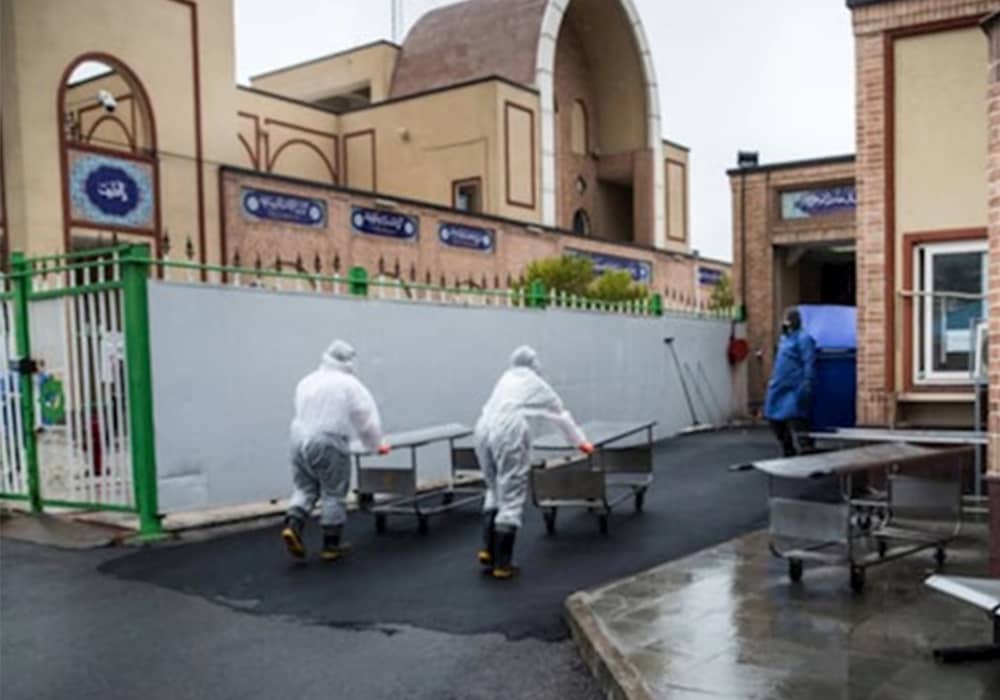 According to the engineered statistics of Iran’s Health Ministry on Monday, 142 individuals died due to the novel coronavirus, bringing the death toll to 83,985. While many countries are taking significant steps in pushing the pandemic back through general vaccination, Iran’s Covid-19 crisis amplifies due to the regime’s negligence.

The regime officials in recent days have acknowledged that due to the slow vaccination process of the locally made vaccine, Iran would experience the fifth Covid-19 wave since the Indian and South African variants are circulating in the southern parts of the country.

“If we delay in taking necessary measures, we will have a fifth peak with the Indian or delta variant. Naturally, our southern provinces will change to red status zones. We need to consider the possibility that the Indian variant has spread across the country. We are facing a scenario like the fourth peak with the UK variant,” said Alireza Naji, head of the Beheshti University Research Center, on Thursday, according to the Mizan news agency, an outlet linked to the regime’s judiciary.

According to the People’s Mojahedin Organization of Iran (PMOI/MEK) based on the reports from their network in Iran, over 319,100 people have died due to the novel coronavirus as of Monday, June 28, 2021.

More than 319,100 people have died of the novel #coronavirus in 547 cities checkered across all of Iran's 31 provinces, according to the Iranian opposition PMOI/MEK.

While the Covid-19 death toll rises rapidly, the vaccination process progresses slowly. So far, only 5.7% of Iran’s population has been vaccinated. Meanwhile, Iran’s neighboring countries have vaccinated a much larger portion of their societies.

Meanwhile, the regime’s President, Hassan Rouhani, bogusly claimed: “When the Covid-19 vaccine was created, there were many doubts. But the National Covid-19 Task Force took an excellent decision and said the vaccine should be purchased and we should not delay, as some said we should wait for the domestic vaccines. Even a day was important for us.”

In addition to Khamenei, Rouhani also did his best to prevent the public from being vaccinated.

The Iranian regime now uses the so-called domestic “COVIran Barakat” vaccine, which the World Health Organization has not approved and is even questioned by the regime’s health experts.

“Issuing authorization for a vaccine without correctly surpassing the third phase of tests is dangerous and unprecedented. The decision-making process, arguments, and all the measures involved should be transparently reported to the public. “We need to strongly refrain from creating confusion for the people regarding the effectiveness of the vaccines that have not gone through the scientific authorization process,” a deputy Health Minister underlined in his letter to the Health Minister, according to the state-run Hamshahri daily on Thursday.

Khamenei and his regime face a restive society. The recent nationwide boycott of the regime’s sham election and daily protests are testaments to the explosive state of society.

The regime started an inhumane Covid-19 policy centered on inaction, deception, and plundering to quell this society.

Khamenei banned the entry of vaccines because he wants to use the deadly virus and its rising death toll as a barrier against another nationwide uprising.

Also, Khamenei and other regime officials insist on producing domestic vaccines because they are profiting from it. The production and distribution of the regime’s so-called “domestic” vaccine are under the supervision of the Execution of Imam Khomeini’s Order (EIKO), a financial institution controlled by Khamenei.

Now, the regime is trying to sell its vaccines to people to further plunder them.

“The Iranian vaccine is seven or eight dollars. If we calculate it at the current exchange rate [on Saturday] at 24,500 tomans, each dose of the vaccine is 196,000 tomans. A family of four to receive two doses of the vaccine should pay one and a half million tomans [around $59],” wrote the state-run Arman daily on Sunday.

In a nutshell, the regime is responsible for the rising death toll in Iran. The regime deliberately uses the Covid-19 outbreak, which Khamenei described as a “blessing” and “test” for his regime. But the recent nationwide boycott of the regime’s sham election and protests by people from all walks of life show the regime has failed. The regime’s inhumane Covid-19 policy has increased society’s hatred toward the regime, and the mullahs’ should await the consequences of their policies.