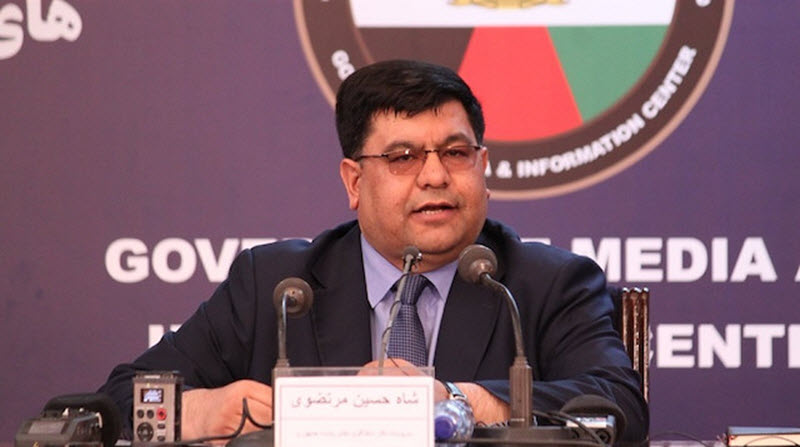 Afghanistan has criticised Iran regime’s comments from senior officials that reveal the Regime’s contacts with the Taliban and project a role for the terror cell in the future Afghan government.

Deputy Afghan Foreign Minister Idrees Zaman tweeted on January 10: “Afghanistan’s Foreign Affairs Ministry reiterates that any kind of relations with the Taliban outside the bilateral relations [between Iran and Afghanistan] will weaken our relations.”

He was responding to comments made by Iranian Foreign Minister Javad Zarif on January 9, in which he revealed that the Iranian secret service and government maintains talks with the Taliban; something long suspected.

Zarif said: “I think it would be impossible to have a future Afghanistan without any role for the Taliban. But we also believe that the Taliban do not have, should not have, a dominant role in Afghanistan.”

He then claimed that Iran only maintains contact with the Taliban for border security reasons, because the Taliban occupies parts of Iran’s border with Afghanistan.
Understandably, this angered many in Kabul and deputy Afghan presidential spokesperson Shah Hussain Murtazawi even accused Iranian officials of working as spokespeople for the Taliban.

He then explained that Iran was uneasy about the restoration of democracy and civil rights in Afghanistan, which is why the renewed interest in relations with the Taliban.

He said: “There is no media freedom [in Iran]. You need approval from Ayatollah Ahmad Jannati [chairman of Iran’s Guardian Council] to participate in elections. Religious and ethnic minorities are under enormous pressure. Iran is worried that the freedoms in Afghanistan will set an example and therefore defend the Taliban’s arguments.”

In a Facebook post that was later deleted, he questioned why, if Iran is so set on maintaining diplomatic talks, they do not look domestically and talk to their opposition the Mojahedin-e Khalq (PMOI/MEK); a group that espouses the need for democracy in Iran and has been banned in the country since the 1980s. Its members are constantly targeted by the Regime, even outside of Iran.

The Taliban and Tehran have found common ground in recent years, despite Iran being mobilised for war against the Taliban in the late 1990s, with a delegation from the Taliban visited Tehran and met Iranian Deputy Foreign Minister Abbas Araghci in December.

In fact, Tehran has even approached Kabul for peace talks between the Afghan government and the Taliban.

While US-backed peace talks between Afghanistan and the Taliban, aimed at ending the 18-year-long war, have hit a snag after the Taliban cancelled the fourth round of talks in Qatar.