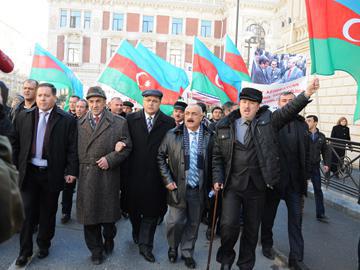 NCRI – Diaspora communities from Azerbaijan in various European capitals have held protests against the Iranian regime’s meddling in their homeland, according to Azerbaijan News website on Monday.

According to the news agency, the Azeri diaspora community held a protest in front of the regime’s embassy in Berlin on Monday to condemn the regime’s interference in the country’s affairs.

Similar protests have been held in front of regime embassies in Sweden and Belgium, the website said, with one more planned for February 19 in the Hague, Netherlands.