Donald Trump: Iran Regime Making It ‘Harder for Me to Want to Make a Deal’ 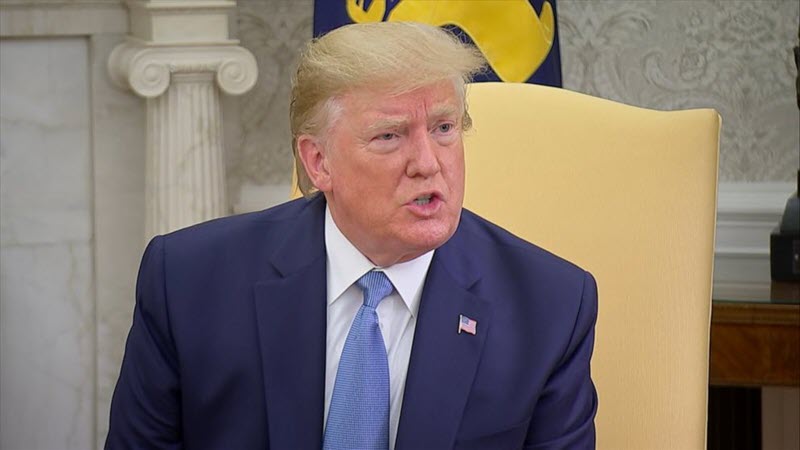 U.S. President Donald Trump blasted the Iranian regime’s aggressions in the Persian Gulf Monday and said it’s increasingly difficult for him to consider negotiations with Tehran.

President Trump said Iran’s regime is disrespecting the U.S. through its aggressive actions in key shipping channels and “propaganda.”

“Frankly, it’s getting harder for me to want to make a deal with Iran,” President Trump said from the White House. “It could go either way, very easily.”

President Trump said Iran’s regime was lying when it claimed to have captured U.S. spies.

Iranian state television reports said operatives were arrested over the calendar year ending in March and that some were sentenced to death.

The Report of Iran capturing CIA spies is totally false. Zero truth. Just more lies and propaganda (like their shot down drone) put out by a Religious Regime that is Badly Failing and has no idea what to do. Their Economy is dead, and will get much worse. Iran is a total mess!