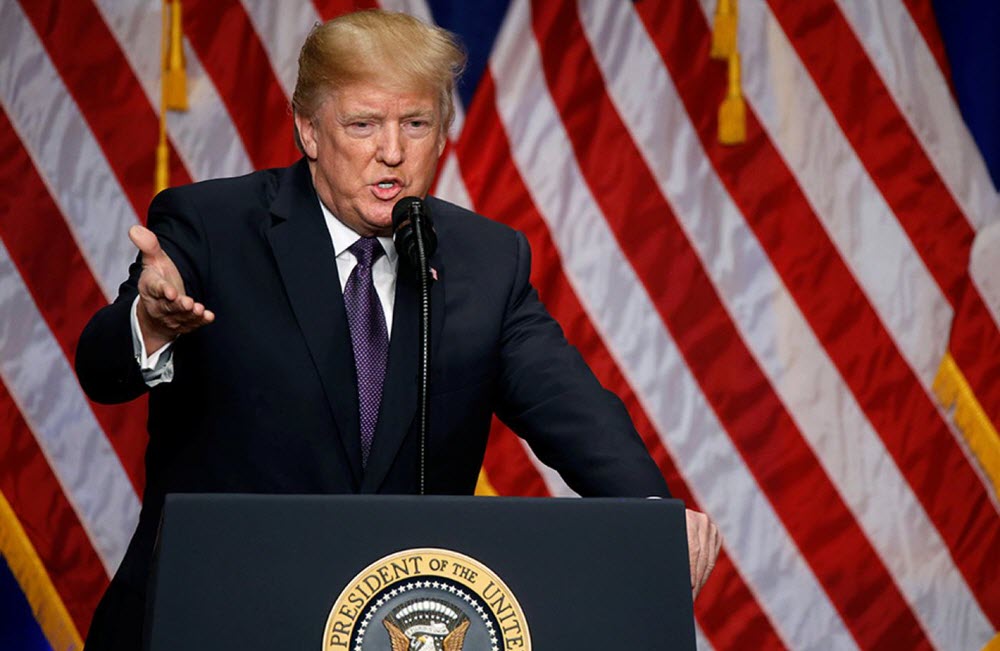 U.S. Secretary of State Mike Pompeo explained that the decision had been taken to “deprive the outlaw regime of the funds it has used to destabilize the Middle East.”

Last week, the United States also announced that it had added the Iranian regime’s Islamic Revolutionary Guards Corps to its list of foreign terrorist organizations. The IRGC controls almost 90 percent of the Iranian economy, so it will be virtually impossible for anyone to trade with Iran without breaching U.S. sanctions or facing severe penalties for dealing with a listed terrorist organization, Stevenson wrote.

Stevenson added: “Now there are calls for the United States to blacklist Iran’s Ministry of Intelligence & Security, the network of spies and assassins responsible for extraterritorial terror attacks. In June last year a trained MOIS agent posing as an Iranian diplomat from its embassy in Vienna was arrested by German police and charged with handing a bomb to two other MOIS agents, instructing them to detonate it at a peaceful opposition rally in Paris.”

“In December, Albanian Prime Minister Edi Rama expelled the Iranian ambassador and his first secretary on the grounds that they posed a risk to Albanian security. Once again, these so-called diplomats were revealed as trained MOIS agents who had been plotting bomb attacks and assassinations of opponents of the regime in Albania. There are growing demands for Iran’s embassies, which are clearly being used as bomb factories and terrorist cells, to be closed down throughout the European Union.”

“Following the blacklisting of the IRGC, the mullahs orchestrated a protest in the Iranian parliament, where MPs dressed in IRGC uniforms shouted ‘death to America.’ Their catcalls are not being echoed by the Iranian people, however. Cries of ‘the enemy is here, not in America’ are routinely heard in the daily street protests.”

Stevenson pointed out, Iranians are sick to death of the repression and brutality they have been forced to suffer for four decades under the medieval fascist dictatorship. They have watched as the elderly, bearded, misogynistic mullahs have corruptly enriched themselves while also sponsoring international terrorism and proxy wars. The mullahs support for Bashar al-Assad in Syria, the Houthi rebels in Yemen, the brutal Shi’ia militias in Iraq and the terrorist Hezbollah in Lebanon have turned Iran into a pariah state. Protesters can be heard shouting “forget Syria, forget Hezbollah, what about us?”

Stevenson wrote: “The mullahs’ response to the protests has been to send in the IRGC, their equivalent of the Gestapo, to arrest thousands of the demonstrators, who are sentenced to long terms of imprisonment. Several have been tortured to death. Rather than reimbursing striking truck drivers, sugar cane workers and teachers, whose wages haven’t been paid for months, the IRGC has crushed the industrial disputes, assaulting and arresting the strikers.”

“Widespread protests about government inaction following catastrophic floods that left towns and villages inundated and scores dead were similarly crushed by the IRGC. When the protests began to threaten the regime, the mullahs even resorted to mobilizing foreign mercenaries to reassert control, sending in Iraqi Shi’ia militias and Lebanese Hezbollah units, who came bearing weapons rather than shovels, to repress the flood victims. This has caused outrage throughout Iran, where the tipping point to trigger a new revolution will rapidly be reached.”

“Some 80 million Iranians have lost their fear. They have watched as the appeasement policy of the Obama administration and his EU allies has been consigned to the dustbins of history. They long for the freedom, justice, human rights, women’s rights, an end to the death penalty, an end to the nuclear threat and the restoration of a secular democracy that is being offered by the main and best organized resistance movement, the Mojahedin e-Khalq (MEK) and the opposition leader Maryam Rajavi.”

“Resistance units of the MEK are now active in every town and city of Iran, planning and encouraging the street protests and increasingly displaying posters of Rajavi and graffiti supporting the MEK, at huge personal risk to their lives. The Iranian population now recognizes that they have support in the West. They know that the U.S. administration will continue to turn the screw until this evil regime is replaced and peace and stability in the Middle East and worldwide can be restored,” Stevenson wrote.

Struan Stevenson is coordinator of the Campaign for Iran Change. He served as a member of the European Parliament representing Scotland (1999-2014), president of the Parliament’s Delegation for Relations with Iraq (2009-14) and chairman of Friends of a Free Iran Intergroup (2004-14). He is an international lecturer on the Middle East and president of the European Iraqi Freedom Association.