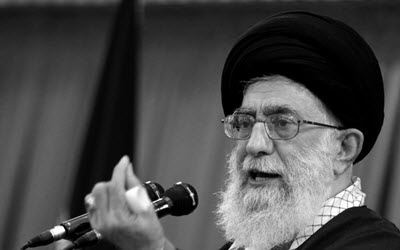 A senior fellow at the American Foreign Policy Council has said that the threats from an already dangerous Iran are multiplying and will continue regardless of the outcome of the forthcoming election there.

Writing for US News, Lawrence Haas outlined the new threats: continued cheating on the nuclear deal negotiated with the West in 2015; expansion of Iranian naval activities in the Gulf; conventional arms and missile proliferation; and increased arms supply to proxies in Yemen and Lebanon.

With the upcoming election in Iran, Haas warned Western Governments not to be fooled by the propaganda which Iran has successfully peddled for decades: that firm responses to provocations by the regime only empower the more extreme faction in Tehran. Such propaganda sidesteps a key fact: it is the Supreme Leader Ali Khamenei who, as Haas put it, ‘runs the show’. As such, it matters not who is President in Iran, and, in any case, as the list of threats outlined by Haas demonstrates, Rouhani has proved either an ineffectual reformer or simply as wedded to extremism as Khamenei.

In short, the May election will be, as its predecessors, a sham, with only approved candidates allowed to stand. Haas concluded: ‘no matter what happens with Iran’s upcoming presidential election, the regime is, and will remain, just as dangerous as it’s ever been.’

Previous article
Maryam Rajavi: Wished the Looming of the Spring of Freedom and National Sovereignty, the Failure of the Mullahs’ Belligerence in the Region
Next article
Minimum Wage for New Iran Year Far Below Minimum Necessities, Leaving Workers in Disaster