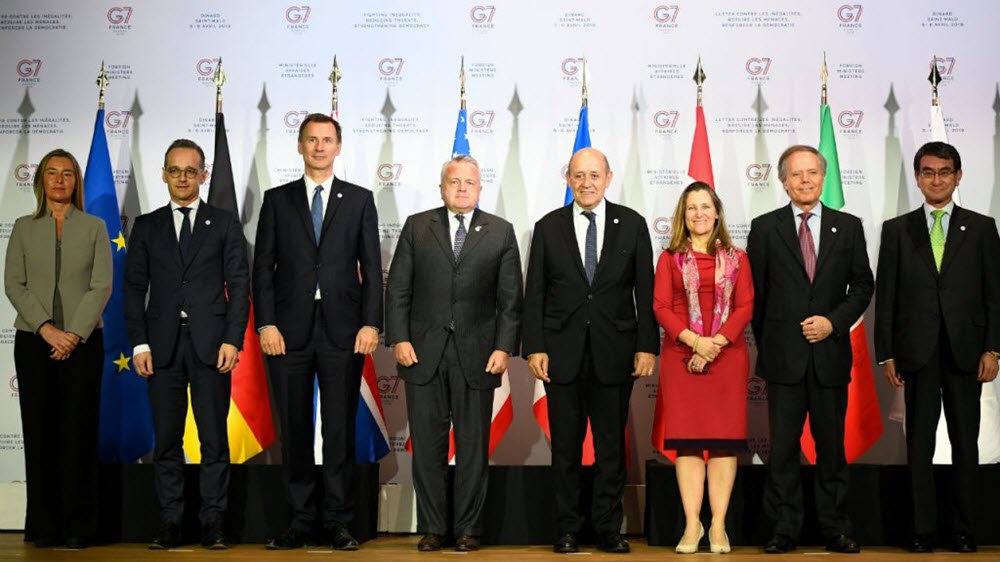 The Group of Seven (G7) nations expressed deep concern over the Iranian regime’s ballistic missile activities and its destabilizing activities in the region, including its continuing support for terrorist organizations and armed militias.

G7 foreign ministers met over the weekend in Dinard and Saint-Malo to discuss global peace and security.

A communique on April 6, 2019 by the foreign ministers of Canada, France, Germany, Italy, Japan, the United Kingdom and the United States, and the High Representative of the European Union, highlighted the Iranian regime’s illicit activities in paragraphs 25, 52 and 53:

“25. We are deeply concerned by Iran’s destabilizing activities in the region, including its continuing support for terrorist organizations and armed militias. We call on Iran to contribute more actively to reducing tensions in Yemen, to halt its military, financial and political support to certain non-state actors in countries such as Lebanon and Syria, to implement all relevant UNSCRs, and to prevent all forms of direct or indirect proliferation of ballistic expertise, drones and missile capabilities. We urge Iran to refrain from any action that could harm regional security and to contribute to efforts to achieve peaceful political solutions. We further call on Iran to implement the relevant international treaties to which it is a party and to fully respect human rights and fundamental freedoms.”

“52. We are committed to permanently denying Iran all pathways to a nuclear weapon and to ensuring Iran upholds its obligations and international commitments, including under the NPT, and International Atomic Energy Agency safeguards, in particular the Additional Protocol. We strongly support the International Atomic Energy Agency (IAEA) in its crucial monitoring and verification work to help ensure Iran’s compliance with NPT-related safeguards obligations, as well as its other commitments. We call on UN member states to make voluntary contributions to the IAEA to ensure it has the resources necessary to fulfill this vital role.”