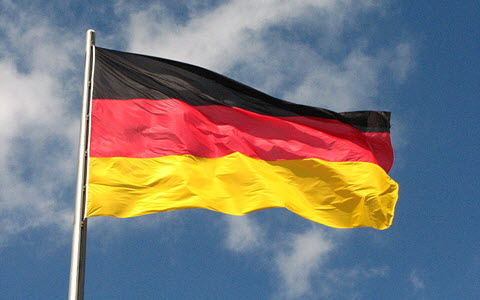 ‘Germany should beware of Iran’s threats and agenda’ is the title of an informative article by Dr. Majid Rafizadeh president of the International American Council, in which he warns about the less – noticed menaces of the Iranian regime’s activities in Europe, the full text of this article is as follows:

Iran’s expanding influence and interventions in the Middle East are well-documented and known to policy analysts, politicians and scholars. Yet little scholarly work has been conducted on Tehran’s activities and policy toward Germany. Since the nuclear deal, Germany has boosted trade and business with Iran, and unlike France, is underestimating Tehran’s ballistic missiles threats.

Germany should realize that the administration of Iranian President Hassan Rouhani is a facade of diplomacy and democracy. The true face of the regime is the Iranian Revolutionary Guard Corps (IRGC), its militias and Iran’s Supreme Leader Ali Khamenei. They are the main beneficiaries of increased German trade and appeasement, with serious implications for the region, and for Germany’s long-term national interests and security.

Tehran’s modus operandi is to deceive foreign governments by recruiting foreign third parties to operate covertly on its behalf. According to a recent report by German newspaper Bild, Germany decided to pay hundreds of thousands of dollars to a pro-Tehran Shiite umbrella organization.

The report indicates that this funding, which is provided by the EU’s Internal Security Fund and administrated by Germany’s federal criminal agency, is aimed at countering extremism and promoting de-radicalization. Berlin appears not to have examined the interconnectedness between Tehran and some pro-Iran domestic groups that operate under various disguises.
Exporting its extremist religious thoughts is not the only avenue that Tehran uses to damage Germany’s national security. It has also been actively targeting German firms in order to run counterfeiting operations and skirt global financial norms that safeguard financial infrastructures.

Recently, the IRGC was found responsible for using German firms in an elaborate counterfeit currency scheme. The scheme provided Yemeni banks with currency potentially worth hundreds of millions of dollars for the IRGC’s Quds Force and its militias in Yemen.

In addition, since the nuclear deal was implemented, Iran has been trying to induce German firms to supply it with illicit technology that can be used to advance its military nuclear and ballistic missile programs. These attempts are violations of the nuclear deal and UN Resolution 2231.

According to three German intelligence reports, in 2016 Tehran made “32 procurement attempts… that definitely or with high likelihood were undertaken for the benefit of proliferation programs.” Numerous attempts were made in the German state of North Rhine-Westphalia. This year so far, 141 attempts have been recorded of Iran trying to obtain illicit goods for the sole purpose of proliferation.

Tehran tries to circumvent international restrictions on its nuclear and missile programs through third parties, specifically targeting German firms because it believes this will attract less suspicion, investigation and global media attention. Germany ought to reconsider its policy toward Iran.