Haley: European Countries Will Face Consequences If They Ignore U.S. Sanctions on Iran 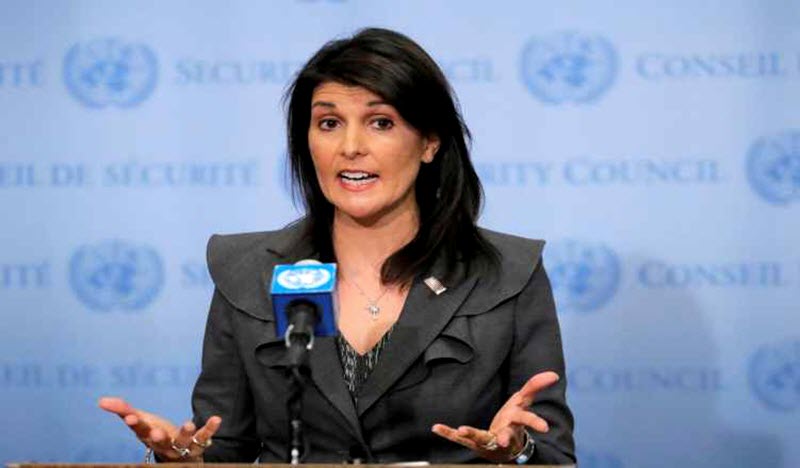 U.S. President Donald Trump announced earlier this year that the United States would be pulling out of the 2015 Iran nuclear deal and that crippling economic sanctions would be re-imposed. The State Department then announced that it expects foreign countries to cut their imports of Iranian oil to zero.

The steps taken by the Trump administration represent a major crackdown on Iranian Regime after years of appeasement from previous administrations.
Before he announced the decision to exit the nuclear deal, the other signatories of the deal urged President Trump to remain within the framework of the deal. They said that the world is a safer place with a nuclear deal intact. The Europeans were especially keen for the United States to stay in the deal and EU leaders have scrambled to appease Iran after it threatened to leave the deal.

On 23rd September, the U.S. Ambassador to the United Nations Nikki Haley said during an interview on “Face the Nation” that U.S. allies should not rely on obtaining sanction exemption from the United States with regards to their business dealings with Iran.
She was asked whether the other signatories of the deal would face penalties for continuing to deal with Iran, to which she replied: “The Europeans have a decision to make.
And I think that decision is already being made. If you look, they are dropping business from Iran left and right. We will have decisions to make in terms whether they get exemptions or not, but I’ll tell you right now, we’re going to be really tough on Iran. We’re not giving them a pass.”

When Trump announced his decision, he stated that the 90 to 120-day wind-down period would give foreign companies the time to pull out of their business activities with Iran.
Last month, sanctions came into effect with regards to the purchase of U.S. dollar bank notes by the government of Iran, as well as its trade of precious metals. Also affected is the Iranian automotive industry.

The sanctions regarding Iran’s oil exports will take effect at the beginning of November. Already, several companies have cut their imports of Iranian oil to zero, while many other countries have started to cut their imports. Most countries are expected to comply with the State Department’s instructions by the deadline.

President Trump clearly stated his reasons for exiting the nuclear deal, mentioning in particular the Iranian regime’s interference in the affairs of other countries and its export of terrorism. He also said that the aim of the nuclear deal is to put an end to the nuclear threat from Iran, but he pointed out that, as it stood, it does nothing but the opposite – it guarantees a nuclear race.

On Sunday, Haley too explained the reasons behind the Trump administration’s actions. She said: “Our decision was that hundreds of billions of dollars was going to Iran and in return they were having ballistic missile testing, they were selling arms to terrorist fighters, they were basically continuing to support terrorism. And what we said was, ‘We’re not going to give you money to continue to do those bad things.’”