Head of the Syrian Delegation. It Is Impossible to Accept Iran as a Guarantor in Any Agreement 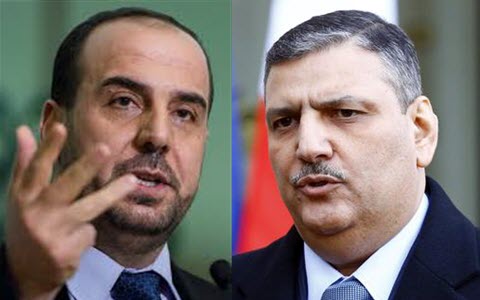 NCRI – After seven years Iran’s militias and Russia are ruling Syria, not the Assad regime. Tehran is an accomplice with Damascus in destruction, forced migration, changing social fabrics and imposing sieges.
Iran is a rogue state and in collaboration with Syria’s illegitimate government, Therefore, Iran itself is the problem, not the solution, said Nasr al-Hariri the head of the Syrian high negotiation delegation.

Iran has sent thousands upon thousands of fighters to Syria, making it an accomplice in killing the Syrian people. Tehran is behind sectarian measures aimed at increasing divides between the populations, and is active in terrorism, he continued.

We will judge Russia’s actions based on the Geneva statement and two UN Security Council resolutions 2218 and 2254.

Riyadh Hijab, senior coordinator of the Syrian opposition negotiating team, emphasized on the necessity to continue negotiations under UN supervision in Geneva, and not Astana.

Iran is the main part of the problem, and cannot be a monitor of the ceasefire, he said.

Previous articleIranian Official: What If They Say Your President Has Said You Have Been Murdering People for 38 Years?
Next articleKhamenei Has Failed to Unify Iran Regime – Forbes Oped