Hook: U.S. Not Seeking War With Iran, but Ready to Respond to Threats 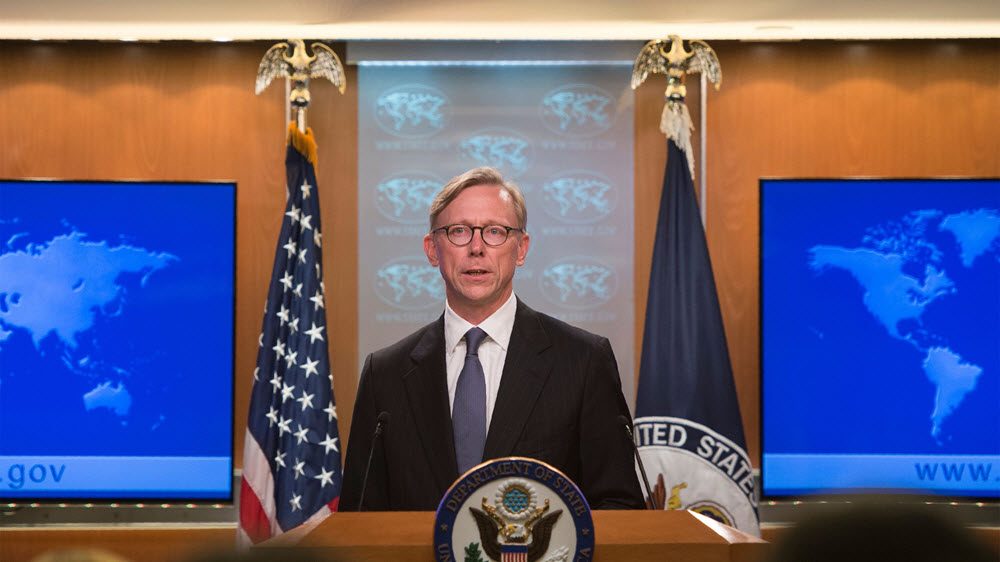 The United States Special Representative for Iran said on Wednesday that the US is not seeking war with Iran, but stands ready to respond to any attack on America by the mullahs.

Brian Hook said: “We are ready to restore diplomatic ties and welcome the country into the international community but the regime has got to change its behaviour.”

He explained that the US had received “credible” in order that Iran regime would take “offensive actions” against American interests, allies, and partners in the Middle East.
That’s why the US has moved the USS Abraham Lincoln and some bombers to the region.

Hook then said that if a new deal with Iran happens, it would be presented to the Senate for ratification as a treaty. (The US pulled out of the 2015 nuclear deal last May claiming that it did not do enough to counter all of Iran regime’s malign behaviour, including regional aggression.)

Hook said: “My message to the Iranian regime is to start investing in your own people and end this policy of exporting revolution and destabilizing the Middle East.”

Regarding Iran regime’s recent announcement that it plans to resume uranium enrichment as they are getting no benefits from the nuclear deal, Hook said he will wait and see whether they actually followed through with the plan, but strongly advised them against the move. European countries have said that if Iran does this, they will impose sanctions under the nuclear deal.

Earlier on Wednesday, Hook said that he did not see any corporate demand for the European plan to evade US sanctions on Iran via the special purpose vehicle (SPV) that will allow Iran to sell oil in Euros rather than dollars.

He explained that the US was aware that Europe wanted to keep the economic incentive for Iran to stay in the deal and not restart their nuclear program, but as the US is no longer involved in the deal, they are instead focused on the “totality of threats” posed by Iran.

Hook noted that the SPV was also doomed to failure because Iran has no intention of complying with the financial transparency requirements of the Financial Action Task Force (FATF), which is something Europe needs Iran to do before the SPV can be implemented.

Hook said: “They do not want people to be able to follow the money. That’s why they don’t comply with FATF and that’s they have been disconnected from the SWIFT financial messaging system because they are not in compliance. They run a dark economy with the Revolutionary Guards controlling up to half of the economy. It’s the world’s leading sponsor of terrorism. So I would question whether the regime ever decides that it wants to be that transparent and run an SPV”.