Iran Regime’s Official: Not Relived From Earlier Sanctions, We Are Faced With New Ones 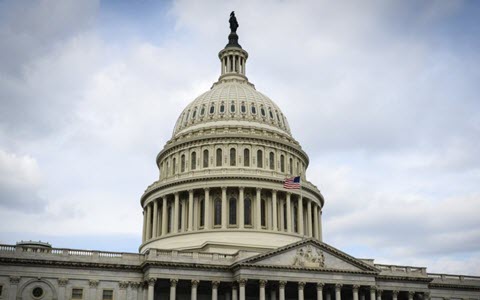 NCRI – The internal crisis of the Iranian regime continues to intensify following the adoption of new sanctions by the US Senate. A Khamenei’s faction newspaper in an editorial titled, “black hole” has written: “The sanctions imposed by the US Senate, together with charging the Iranian government and in particular the Revolutionary Guards for supporting terrorism, will allow the IRGC to be black listed for terrorism and consequently the full sanctioning of it.

This can be psychologically significant on foreign exchanges of the system. New sanctions are much more extensive and more dangerous than previous ones”.

The regime affiliated newspaper (Today’s Homeland, June 18, 2017),  while attacking Hassan Rouhani, the regime’s president, on the implications of sanctions and its outcome, wrote: “In the current situation, talking about a regional JCPOA, which is being emphasized by various sources in the government, Today, nowadays is a shot against regime’s regional active diplomacy”.

A member of the Supreme National Security Council of the Iranian regime from the Khamenei’s faction, pointing to the US new sanctions, attacking Hassan Rouhani, said: They were telling us, vote for us to remove non-nuclear sanctions! Old sanctions have not been lifted, we have new ones!

The Revolutionary Guard Corps also in its news agency (Fars News Agency, June 17, 2017) wrote: “The US Senate’s sanctions are a new phase of the Islamic Republic’s overthrowing project, which, without any clear pretext, has targeted conventional defense power of our regime, and sought to pave the way for a heavy military blow after the dismantlement of our defenses”.
Javad Larijani, international deputy of judiciary and secretary of the human rights headquarter, from Khamenei’s faction said with all the approved sanctions by the US Senate, all the benefits of JCPOA has eliminated for the system.

In response to comments by Khamenei’s faction members regarding the breach of JCPOA and new sanctions by the US Senate, Ali Khorram of Rouhani’s faction said that these sanctions have nothing to do with the “doings” of JCPOA, and “are related to terrorism and missiles activities of regime”.

The government controlled Islamic Republic newspaper of Iran, writing face to face on the rivals faction positions of the Khamenei and his officials, those people, who ratified these sanctions were very careful, an “informed source,” wrote: “The text of the Senate’s plan for the proposed sanctions does not in any way violate JCPOA, and even the senators who designed it knew this fact. They did not want it, despite their opposition at the time of JCPOA ratification. The plan is in noway a breach of US commitments, and the United States won’t push for a nuclear agreement dismantle plan”.

Acknowledgements of the bottlenecks is such that, some of the government experts from Rouhani’s fraction have already announced that the in two-weeks time parliamentary retaliation action will fail: Including state affiliated newspaper “Arman” quoting a regime’s own expert, Bigdeli on June 18, 2017 writes: “The plan to confront the US is a mistake, and a dangerous one. Because it may provoke America to impose more and more sanctions. Therefore, we should not give a blow to the United States and take steps to allow the United States to move for more sanctions. then, EU will also follow suit with the United States, and heavier sanctions such as oil sanctions against Iran will be imposed. That’s why the plan to deal with America is quite damaging”.

Ali Shamkhani, secretary of the Supreme Security Council announced that in their recent meeting, the US Senate sanctions had been thoroughly investigated by the Supervisory Board and the necessary decisions were taken, on how to conduct countermeasures activities.

However, a Khamenei’s faction member, Mehdi Mohammadi doubted those measures, and called for an official and publicly announcement of the meeting of the Supervisory Board on the implementation of such a resolution.

Previous articleTorturing children with autism at the rehabilitation center: Iran regime’s Officials are not accountable
Next articleIran: Assembly of Experts Acknowledges Mullahs’ Lack of Credibility