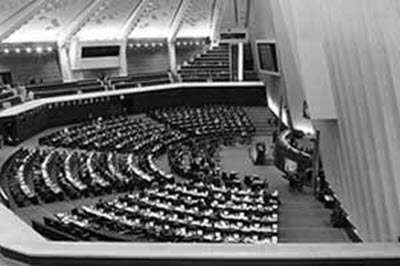 According to state media, the motion has been presented to the board of directors on Sunday December 11.

Iranian regime’s MP ‘Hossein Ali Haji Deligani’ said that “considering British PM’s interventionist remarks on Iran at Persian Gulf Cooperation Council Summit, a motion to reduce diplomatic ties has been prepared by MPs and presented to parliament’s board of directors.”

“According to the motion, the State Department is required to downgrade its diplomatic ties with Britain to charge d’affaires level in two weeks and also reduce economic and trade relations to the least possible level. The bill will be on parliament’s agenda in coming days by referring it to the relevant commission”, added Haji Deligani.

According to Foreign Ministry spokesman Bahram Ghasemi “following the interventionist remarks by British Prime Minister Theresa May at the Persian Gulf Cooperation Council Summit, the UK Ambassador in Tehran ‘Nicholas Hopton’ was summoned to the Foreign Ministry to be delivered Iran’s strong protest over British PM’s reckless comments.”

Earlier, the first vice president of Mullah Rouhani ‘Eshaq Jahangiri’ had also reacted to British PM’s remarks, saying “our enemies assume that they can drive Iran into conflicts by putting pressure on it.”

It should be pointed out that while speaking at Persian Gulf Cooperation Council Summit in Manama on Wednesday December 7, British PM Theresa May said that “Britain will help GCC member states stand against Iran’s aggressive actions in the region.”