Iran: The Price to Be Paid for Opening EU Office in Tehran 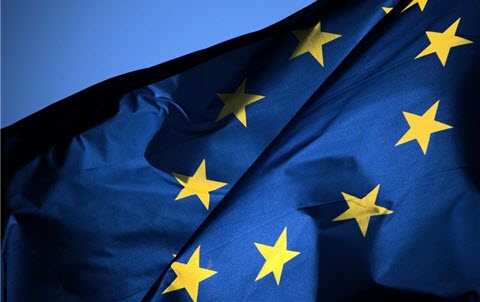 NCRI – The quality of relations with European countries, including opening an EU office in Tehran, has turned into a controversy and subject of a new conflict between Iranian regime’s two rival bands.

This is while the US president explicitly states that he does not approve the nuclear deal (JCPOA) unless it goes under revision, and if the US Congress and the EU fail to do that, he willpull the United States out of the agreement.

The Iranian regime on the other hand maintains that the nuclear deal couldn’t be subject to any change and that it won’t accede to any kind of re-negotiation over the deal.

Although it seems there’s no room left for Europe to intervene, but the European countries, particularly France as the frontrunner in this regard, are still pursuing the matter, all while a heated controversy over the issue, and opening the EU office in Tehran in particular, is going on within the regime itself.

It’s obvious that Europe is seeking its own economic interests out of this conflict. It goes without saying that economy can only breathe and live in a secure environment, but when the war monster has cast its shadow over the region and the parties involved address each other with the ‘threat and missile’ language, there would be no room for trade, investment, and economic interests. So, Europe is seeking to first return peace to this turbulent region; a peace that, as French President Emmanuel Macron has put it, is threatened by Iranian regime’s “extremely worrying missile program”, and “its interventions in the region.” (Reuters, October 15, 2017).

Macron then added that “France is going to adopt an approach that will serve to complement the nuclear deal.” (Regime’s state TV, November 9, 2017).

So, the EU, France in particular, is sending a two-sided message to the US and the Iranian regime. The US side of the message says “don’t rip up the nuclear deal as it facilitates trade relations with the Iranian regime. In exchange, we, the EU, will fulfill your (US) demands by complementing the deal and adding new clauses that will involve limiting Iranian regime’s missile program and its interventions in the region.”

The message to the Iranian regime on the other hand is that “if you want the nuclear deal to stay, Sanctions lifted, and foreign investment made, you must accede to nuclear deal’s complements, aka second and third nuclear-deal- like agreements; you must quit your missile program, stop intervention in countries in the region, and pull out your forces from Syria and Iraq.’

Regime’s reaction to the message, however, is twofold. The group close to regime leader Ali Khamenei strongly rejects any kind of negotiation over regime’s so-called ‘elements of power’, severely attacking the side close to regime president Hassan Rouhani and even referring to them as traitors. “Now that the West believes they’ve succeeded to harness Iran’s nuclear program through the nuclear deal, they are now turning their attention to another aspect of Iran’s power, namely its missile program. Now, if anyone in the country encourages missile talks, it could no longer be regarded as a miscalculation”, says state-run Arya news agency on November 12, 2017.

Yet the other one warns the other side, saying “opening the EU office in Tehran is a political ransom as the office’s main concern would be dealing with human rights issues.” (State-run Raja news website, November 12, 2017)

Meanwhile, a newspaper close to Rouhani explicitly asserts that “the EU has the ability to stop current threats against Iran, provided that Iran cooperates with the Europeans on some issues. We should not lose the EU, even if we’ll be forced to pay a ransom.” (State-run Arman newspaper, November 11, 2017)

Meanwhile, there’s yet another factor adding to regime’s fear of losing its missile program and the lever to export terrorism, and that is the role the EU office could play to trouble the regime for its human rights violations. The same factor to which regime’s deputy for chief justice ‘Mohammad-Javad Larijani’ has referred. (Regime judiciary’s Mizan news agency, November 12, 2017)

But since Khamenei is the one who calls all the shots and he’s so far remained silent in this regard, it’s not still clear whether the regime will accede to opening the EU office in Tehran, or actually to second and third nuclear-deal- like agreements, or not.

But Khamenei’s remaining silent could signal that at least he’s given the green light to behind- the-scenes talks. So, it would be quite probable that he once again acts like he did during the nuclear talks by adopting a dual approach. Apparently and while addressing regime forces, Khamenei frowns at Europe and declares any kind of negotiations over missile program and export of terrorism as regime’s red line, but actually he has authorized Rouhani to secretly initiate negotiations and is even closely supervising the talks.

It’s still possible that Khamenei resorts to such desperate moves like firing missile to Riyadh, thus to gain a better position in the balance of power and pressure the other side to make concessions; an attempt which proved to totally work to regime’s disadvantage, raising the necessity to harness regime’s missile program as the first priority. In any case, Khamenei has no option but to choose between being handed the second and third poisoned chalices, or standing against the international community; a choice between regime’s suicide and death.