Iraq: West Must Learn the Bitter Lessons of Ramadi in Mosul 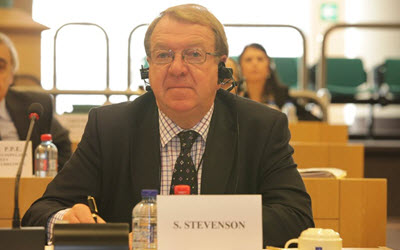 The European Iraqi Freedom Association (EIFA) calls upon the UN, US and EU to learn the lessons of Ramadi and not allow the wanton slaughter of the Sunni population of Mosul in the looming battle to liberate that city. Iraq’s Prime Minister Haider al-Abadi has conducted an international tour to bolster support for the impending battle for Mosul, Iraq’s second largest city, which was captured by ISIS (Daesh) in June 2014. Abadi visited Washington DC, pleading with Obama for more US airstrikes and for US military personnel to train Iraqi forces. He also wants military equipment and cash. Abadi also visited Erbil in Northern Iraq, where he asked Kurdish President Masoud Barzani to pledge assistance from the Peshmerga in the forthcoming battle to liberate Mosul.

Mosul is in Nineveh Province, Northern Iraq; it is home to over two and a half million people. Strict restrictions have been placed on the local population with only trusted traders being allowed to leave and return to the city. The remaining, largely Sunni population has been held hostage. Daesh captured vast quantities of modern American weaponry when the Iraqi army fled and the city has become an almost impregnable fortress. US military commanders who are advising the Iraqis estimate that it may take another year before Mosul can be recaptured.

The Sunni population of Mosul have witnessed the fate of their brothers and sisters in Ramadi, Diyala, Salahuddin and suburbs of Baghdad and must now be wondering if they are to be slaughtered like sheep during the forthcoming battle for the city. Ramadi was a city of over 500,000, mostly Sunnis. Last month it was recaptured by the Iraqi military. The besieged Sunni population of Ramadi suffered for nine months under the control of Daesh, which was devastating enough, but the final onslaught during the battle for its recapture has seen virtually every building in the city destroyed; only a handful of women, children and elderly men remain. Some estimates state that the population now numbers less than 1,000. The ruthless Shi’ia militias have waged a genocidal campaign against the Sunni population, torturing, burning and butchering at will. Thousands of civilians have been killed. The men of Ramadi have simply disappeared. Some say they are being held in secret prisons, others claim they have been murdered.

The appalling brutality of the Iranian-led militias will do little to encourage the citizens of Mosul. Many may feel that life under Daesh, although harsh, is better than death at the hands of the Shi’ia militias. American airstrikes assisted in the recapture of Ramadi, crushing most of the city’s buildings and infrastructure to dust. Now warplanes from a US-led international coalition have begun bombing raids on Daesh targets around Mosul. EIFA is deeply concerned that history is being allowed to repeat itself and that US and coalition airstrikes will destroy much of Mosul, killing thousands of innocent men, women and children. The brutal Shi’ia militias will then pursue their scorched earth policy of ethnic cleansing, driving the remaining Sunnis out of Iraq’s second city, leaving behind a bitter sectarian legacy amidst the smouldering ruins.

EIFA is convinced that the only way to drive ISIS (Daesh) out of Mosul and out of Iraq is to disband the Iranian-led Shi’ia militias and arm and train the Sunni tribesmen of Iraq to fight alongside a reformed, retrained and well-equipped Iraqi military force, with the help of the Kurdish Peshmerga. This is the only way to reassure the people in Mosul and to encourage them to stand beside the Iraqi army against Daesh in liberating the city.

Previous articleBritain’s outspoken voice of conscience against human rights violations passes away
Next articleIran Election or Selection? What are the Prospects?