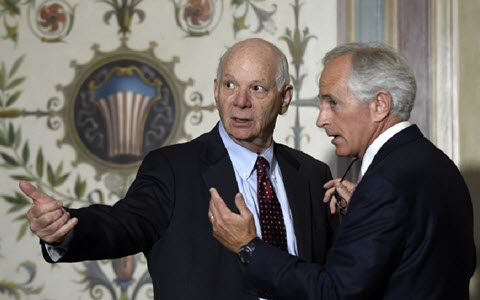 The vote was 18-3 in favor of the legislation, paving the way for its consideration by the full Senate, Reuters reported.

Lawmakers who backed the bill said they do not believe that its passage, which would require support by the House of Representatives and President Donald Trump to become law, would violate terms of the international nuclear agreement with the Iranian regime reached in 2015.

Both Republicans and Democrats have sought a response to Tehran’s ballistic missiles development and other activities.

President Trump has criticized the nuclear deal, which was opposed by every Republican in Congress and several Democrats.

Previous articleIRAN: The Rise of the Revolutionary Guards’ Financial Empire
Next articleStruan Stevenson: Cracks Are Showing in Iran’s Regime