Khamenei: We Won’t Surrender to UNESCO or Sign its Document for Sustainable Development 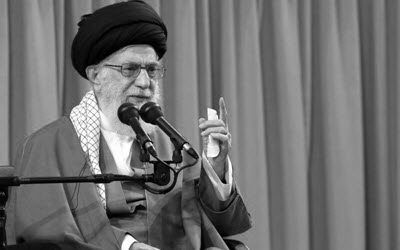 NCRI – The Iranian regime’s supreme leader Ali Khamenei in a speech under the pretext of teacher’s week on Sunday, May 7, 2017 said: The Islamic Republic will not succumb to UNESCO’s 2030 document. UNESCO’s 2030 document or similar items are not something that the Islamic Republic could support and give in to. Khamenei while attacking UNESCO added: For what reason should international entities, which are certainly under the influence of world powers, have the right to decide for people of other nations with different cultures? He added: The principle is wrong. We sign a document, then, we come and quietly let it run; No! We announce, it is absolutely not allowed.

Khamenei said: I am also querulous of the Supreme Council of Cultural Revolution. They should have been watchful not to allow this subject to progress this far. They should have stopped it before we do it. This is the Islamic Republic.

Based on the objectives declared by UNESCO (United Nations Scientific, Cultural and Educational Organization), from 2015 to 2030, all UN member states should strive to achieve their goals and indicators of sustainable development.

Previous articleIran; 55 Men and Women Were Arrested at a Dinner Party
Next articleIran: Ministry of Intelligence Was the Negotiating Partner With U.S. To Exchange Prisoners