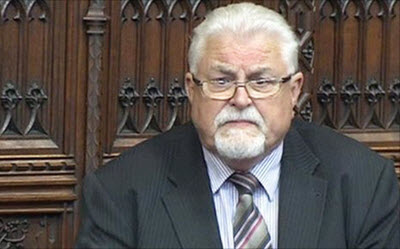 It can be no surprise how political debate on the West’s policy toward Iran has intensified in the wake of the recent New York Times Magazine article revealing the deliberate deceptions carried out by the Obama administration to justify its nuclear negotiations and its broader policy of appeasement, Lord Maginnis of Drumglass has said.

“White House Deputy National Security Adviser for Strategic Communications Ben Rhodes helped President Obama convince not only American policymakers, but policymakers and citizens throughout much of the world, that the Iranian regime had achieved moderation under President Hassan Rouhani, and that it was well on its way to reform,” Lord Maginnis wrote on Monday in The Washington Times. “Yet anyone with even a modicum of understanding of Iranian politics and the regime’s ideology would have recognized the deceit, and a number of my own colleagues remained admirably resistant to the White House narrative. But perhaps unsurprisingly, given that the current United Kingdom Foreign Office functions without any obvious coherent policy or strategy, others embraced it with little question. While that may have been out of a naive sense of loyalty to one’s own administration, others appear to do so simply through an eagerness that European businesses could claim the benefits of re-engagement with Iran’s oil and export economy.”

Lord Maginnis, who is an independent member of the United Kingdom’s House of Lords, added that the Obama administration’s deal with the Iranian regime has allowed the mullahs to carry out systematic human rights abuses at home, threaten Iran’s neighbors and Western democracies, and destructively intrude into conflicts like those still tearing apart Syria and Yemen.

“One must hope that those who supported the Obama administration’s narrative will do everything in their power to reverse those effects now that they know how the White House narrative was based on convenient falsehoods. Surely, it is not too much to hope that they will recognize the all-too-evident lack of prospects for improvement in Iran’s behavior, and will take appropriate measures to exert diplomatic and economic pressure on Iran to effect those concessions that it will never offer up on its own,” he wrote.

“But perhaps what is more important than reversing the immediate effects of our recent mistakes is simply making sure that we learn from them. It is conceivable that some Western policymakers accepted the nuclear deal and its implied trend toward appeasement because they took it for granted that the most powerful figures in the U.S. government would understand what was going on in the Middle East, that they would not deliberately seek to mislead NATO allies about something so important.”

“The New York Times Magazine bluntly implies that the harmful impact of recent Iran policy was largely the result of lies. But it is entirely possible that somewhere along the line, highly placed figures in the administration genuinely believed that Iran was capable of internal reform, and that Mr. Rouhani could be the one to bring it about.”

“Such ideas have been thoroughly and systematically disproved both during and after the nuclear negotiations. Mr. Rouhani’s negotiators repeatedly pushed for more concessions, and the P5+1 nations naively offered them up only to find the Iranians conducting ballistic missile tests and making a range of other provocative gestures of defiance. And far from encouraging moderation, Mr. Rouhani responded by ordering his defense minister to greatly expand the country’s ballistic missile program.”

“At home, Mr. Rouhani has also presided over the worst period of executions in more than 20 years of Iranian history, thereby demonstrating that the prospects for reform were every bit as bad for Iran’s domestic policy as for its foreign policy.”

“Whether intentionally or unintentionally, the Obama administration presented the world with an unequivocally false narrative about Mr. Rouhani and the future of the Islamic republic. In so doing, it demonstrated that Mr. Obama’s wishful legacy cannot automatically be trusted. Worse is that, by extension, it now casts doubt upon every subsequent president, and upon careless European governments that, like the United Kingdom, unquestioningly drift along with Washington’s foreign affairs narrative.”

“If anyone should be entrusted with pointing the way on Iran policy, it is surely those who have direct experience with the Islamic republic, its ideology and abuses, and who could have no motive for formulating their policies other than to improve the lot of their homeland and the Iranian people.”

“Fortunately, such people express their views en mass every year, when the National Council of Resistance of Iran (NCRI), led by Maryam Rajavi, holds its annual international gathering in Paris. Last year, many of those experienced Western ex-military and political activists who opposed the Obama administration’s narrative were in attendance, alongside an estimated crowd of 100,000 Iranian expatriates and their lay supporters. Unfortunately, those who had succumbed to the White House narrative were not only absent but were utterly dismissive of the NCRI’s alternative message — that real change cannot come to Iran until the theocratic regime comes to an end.”

“In light of what we now know, those who dismissed this message in the past can and should begin the long process of making up for their mistake by expressing a tolerance of and attention to this year’s gathering of the NCRI, which is scheduled for July 9, and which has the credibility to set the tone of Western policy toward Iran in the months ahead,” the article added.

Kenneth Maginnis of Drumglass is an independent member of the United Kingdom’s House of Lords and a member of the British Parliamentary Committee for Iran Freedom.