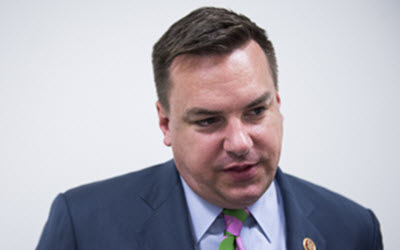 U.S. Rep. Richard Hudson, a Republican from North Carolina, writing in The Robesonian on Sunday, argues that President Barack Obama’s recent nuclear deal with the mullahs’ regime in Iran is now threatening the security of the entire world.

“In response, President Obama stated this action is against the ‘spirit’ of the Iran Deal, and chastised the Iranian government for the test. Even more startling is the fact that this administration announced last week they are planning to allow Iran limited access to the U.S. dollar as part of a looser sanctions package. This historic move is another step in the wrong direction, and proves our president will continue to reward Iran despite its hostile behavior.”

“As I have said before, when the most brutal, anti-American regime and largest state sponsor of global terror says they want us dead, I believe them. Not only this, but Supreme Leader Ayatollah Khamenei declared that the launched missiles had ‘Israel must be wiped off the planet’ marked in Hebrew on the side. Their actions and words couldn’t be speaking any louder; Iran’s launch of ballistic missiles is a clear provocation of the U.S., Israel and our allies.”

“There is no miscommunication here. When the United Nations agreed to the Iran deal, it was made clear to the Iranians that testing of ballistic missiles was not supported by the United Nations or the nations that agreed to lift the sanctions imposed on Iran. Despite all this, the Obama Administration has announced it is going to allow intermediary financial institutions to conduct foreign currency trades in U.S. dollars, even after assuring Congress this would not happen during negotiation of the Iran deal. In spite of violating the terms of the agreement, Iran has been rewarded by the Obama Administration by being granted indirect access to U.S. funds.”

“The Iranian regime is the No. 1 sponsor of global terror in the world,” Rep. Hudson pointed out, adding that the regime continues to destabilize the Middle East and funnel money and weapons to terrorists.

“From the very beginning, President Obama’s negotiation of this deal has been from a position of weakness. Iran has capitalized on this by taking advantage of President Obama at every opportunity, including by disregarding the U.N.’s resolution and testing ballistic missiles.”

Rep. Hudson vowed to not sit by as Iran’s regime “paves the way to a nuclear bomb.”

“I have co-sponsored H.R. 4815, the Iran Ballistic Missile Sanctions Act. This bill would impose sanctions on Iran’s ballistic missile program in response to its recent tests and renew the Iran Sanctions Act, which expires this year. Additionally, I have joined with my colleagues in a letter to the administration demanding answers on Iran’s access to U.S. dollars through these intermediary financial institutions,” he said.

Rep. Hudson said he refuses to allow Iran’s regime to disregard the restrictions placed on them. “I will do everything in my power to hold them accountable.”