Sanctions on Iran’s Regime Are Effective, “We Will Enforce Them” Everywhere: Pompeo 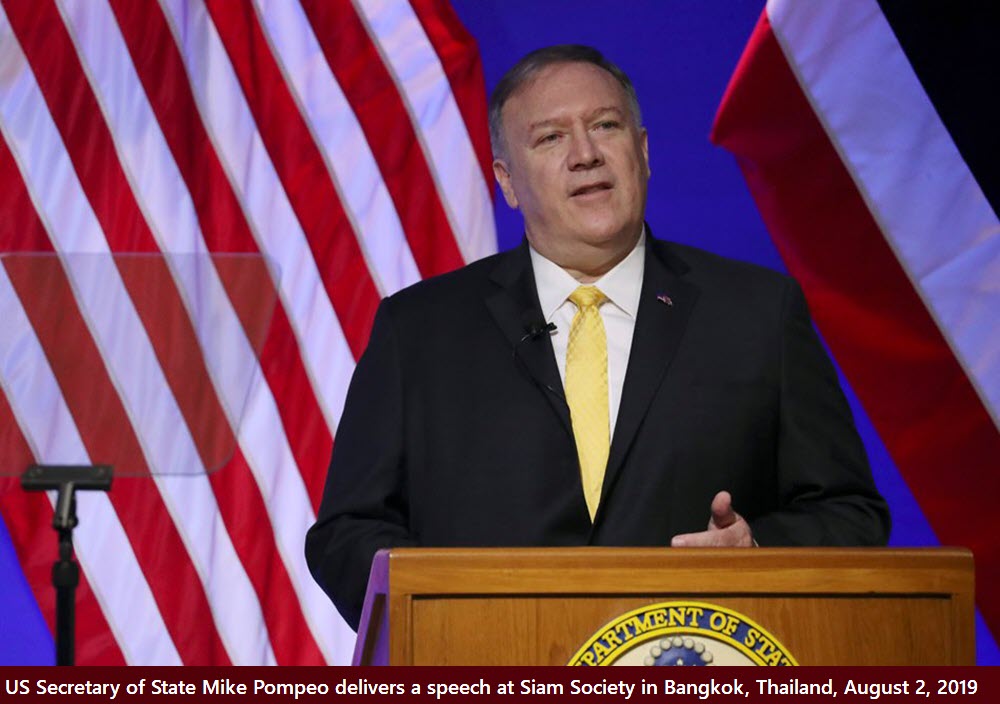 The sanctions on the Iranian regime have been effective and “we will enforce them” everywhere, Secretary Pompeo said.

Pompeo was speaking at a regional youth leadership program in the Thai capital of Bangkok during a wider meeting of Southeast Asian nations with world powers, Reuters reported.

Earlier this week Secretary Pompeo defended the U.S. decision to impose sanctions against the Iranian regime’s Foreign Minister Mohammad Javad Zarif, saying in a tweet: Recently, President Donald Trump sanctioned Iran’s Supreme Leader, who enriched himself at the expense of the Iranian people. Today, the U.S. designated his chief apologist Javad Zarif. He’s just as complicit in the regime’s outlaw behavior as the rest of Khamenei’s mafia.