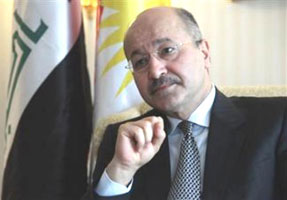 The TV report quoted the PUK political bureau’s adviser that Berham Salih is the only PUK leader who can fill the presidential post and who has support from the Kurdish Democratic Party as well as Iran.