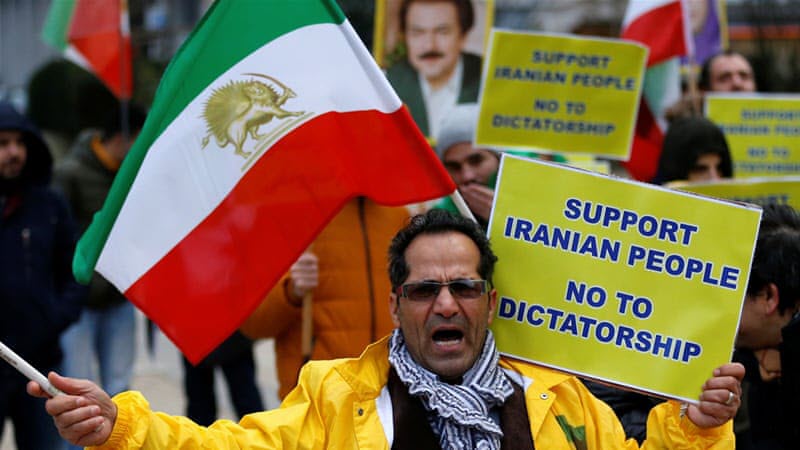 Next week, Poland will host an international summit on achieving peace in the Middle East, jointly with the US, where Iran will be a major focus.

US Secretary of State Mike Pompeo initially wanted to use the event as an opportunity to encourage other nations to join the US in putting pressure on Iran to act “like a normal country” and while he has since toned down the rhetoric, the threat that Iran poses to Mid-East peace has not gone away, so the need to focus on them hasn’t either. After all, Iran’s fingerprints can be found in nearly all of the crises across the Middle East and many of these crises will topics of discussion at the conference, like Syria, where Iran-backed militants are propping up the Bashar Assad regime, and Yemen, where Iranian support for Houthi rebels is derailing peace talks.

However, Lord Ken Maginnis of Drumglass, warns that despite widespread international recognition of the Iranian Regime’s malign behaviour, few countries are willing to look at the Regime’s horrendous mistreatment of its own people, which is a dangerous oversight.

Maginnis wrote: “If the international community hopes to fully address the regional problems associated with the Iranian regime, it must begin with an understanding of the dire conditions inside that country.”

The Iranian people’s uprising against the mullahs began in December 2017 and has continued unabated, despite a vicious crackdown by the Regime that saw dozens killed and thousands arrested. They made clear that they wanted regime change and implored the rest of the world to help them by ending the appeasement of the mullahs. This is something that the US took up with great concern, seeing it as imperative that they support the people of Iran as well as constrain the Regime’s regional influence.

Members of the Iranian Diaspora and supporters of the National Council of Resistance of Iran will gather in Paris on Friday to show solidarity with Iran’s domestic protest movement, highlight the dangers faced by activists in Iran, and bring the crisis to the attention of international policymakers. They must be listened to.

Maginnis wrote: “It is clear that the Iranian regime now feels its power slipping away in the face of those protests, the effectiveness of which is amplified by rising levels of international pressure, spearheaded by the White House. But the protest movement cannot stand still and will be in grave danger if that trend does not continue to accelerate.”

He warned that if the international community refuses to listen, then Iran may feel emboldened to execute the thousands of political prisoners that it arrested in the last year alone, so all Western allies must adopt an assertive policy towards Iran. This could safeguard the protesters and expand the call for a free and democratic Iran.

Maginnis wrote: “If the US and Western allies are truly committed to turning Iran from the world’s leading state-sponsor of terrorism into a normal democratic country, there can be no room for equivocation. In essence, the Warsaw conference alone cannot succeed without meaningful support for the ordinary people of Iran – not least as articulated by Iranian Resistance.”