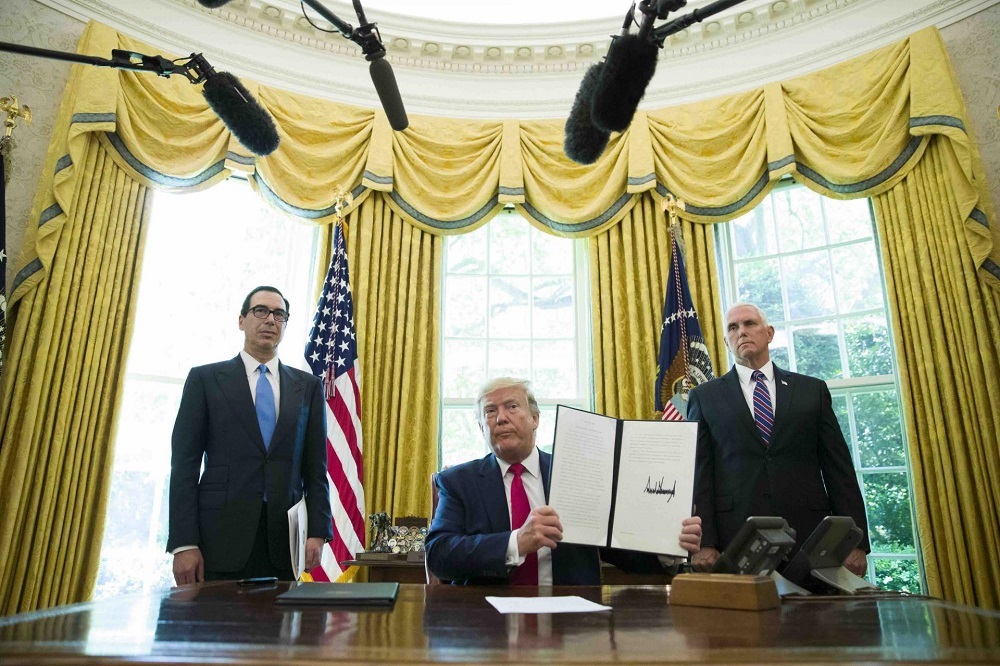 The United States and six Gulf countries agreed to jointly impose sanctions on 25 corporations, banks and individuals linked to the Iranian regime’s support for militant networks including Hezbollah, the U.S. Treasury Department said on Wednesday.

The blacklisted targets were announced by the Terrorist Financing Targeting Center (TFTC) nations – which also include Bahrain, Kuwait, Oman, Qatar, Saudi Arabia, and the United Arab Emirates – as U.S. Treasury Secretary Steve Mnuchin was traveling in the Middle East.

The U.S. had previously imposed sanctions on all 25 targets, Reuters reported.

“Twenty-one of these targets comprised a vast network of businesses providing financial support to the Basij Resistance Force (Basij). The Iran-based network Bonyad Taavon Basij, translated as the ‘Basij Cooperative Foundation,’ employs shell companies and other measures to mask Basij ownership and control over a variety of multibillion-dollar business interests in Iran’s automotive, mining, metals, and banking industries, many of which have significant international dealings across the Middle East and Europe.”

Four individuals targeted were Hezbollah-affiliated and help coordinate the group’s operations in Iraq, it said.

“These designations again highlight the degree to which Hizballah operates as a clandestine, terrorist arm of the Iranian regime by smuggling oil for Iran, raising funds for Hizballah, and sending fighters to Syria for the IRGC-Qods Force on behalf of Qasem Soleimani.”

“The TFTC’s coordinated disruption of the financial networks used by the Iranian regime to fund terrorism is a powerful demonstration of Gulf unity.  This action demonstrates the unified position of the Gulf nations and the United States that Iran will not be allowed to escalate its malign activity in the region,” added Mnuchin.

Earlier this month, Financial Action Task Force (FATF) – the international body that sets standards on combating terrorist financing – said it had given Iran’s regime the final deadline of February 2020 to comply with international norms, after which it would urge members to apply counter-measures.

U.S. Secretary of State Mike Pompeo on Wednesday welcomed the move by Paris-based FATF, saying in a statement that the IRGC “continues to engage in large-scale, illicit, financing schemes to fund its malign activities.”