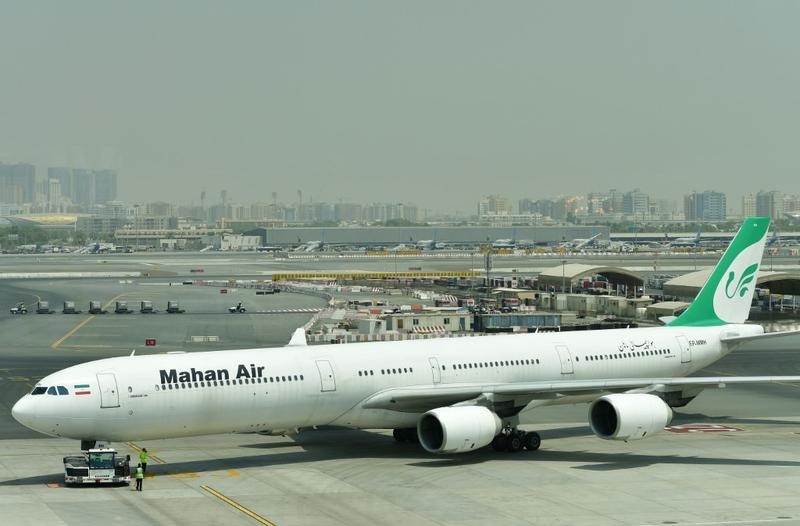 OFAC is taking action against three Mahan Air GSAs in markets across the Middle East and Asia, entities that prop up Mahan Air’s commercial operations. GSAs are third parties that provide services to an airline under the airline’s brand.  These services range from sales, financial, administrative, and marketing services to freight reception and handling.

Gatewick LLC is Mahan Air’s freight and cargo GSA in Dubai and is being designated pursuant to E.O. 13224 for having acted on or purported to act for or on behalf of, directly or indirectly, Mahan Air.

Jahan Destination Travel and Tourism LLC is Mahan Air’s ticketing GSA in Dubai and is being designated pursuant to E.O. 13224 for having acted on or purported to act for or on behalf of, directly or indirectly, Mahan Air.

Gomei Air Services Co., Ltd. is a Mahan Air GSA in Hong Kong and the southern Chinese cities of Shenzhen and Guangzhou.  Gomei Air Services is being designated pursuant to E.O. 13224 for having acted on or purported to act for or on behalf of, directly or indirectly, Mahan Air.

These designations follow previous designations in 2018 and 2019 of Mahan Air GSAs and provide another warning to the international aviation community of the sanctions risk for individuals and entities that choose to maintain commercial relationships with Mahan Air and other designated airlines.  In addition to GSA services such as ticketing and freight booking, the industry should conduct due diligence for other activities that, when conducted for or on behalf of a designated person, maybe potentially sanctionable.  Such activities may include reservation and ticketing services, procurement of aircraft parts and equipment, maintenance contracts, airline grounds services, catering, interline transfer or codeshare agreements, and refueling contracts.

On July 23, 2019, OFAC issued an advisory to inform the civil aviation industry of potential exposure to U.S. government economic sanctions for providing unauthorized support to designated Iranian airlines, many of which, including Mahan Air, are involved in facilitating the Iranian regime’s support to proxy militias.

In addition, persons that engage in certain transactions with the persons designated today may themselves be exposed to the designation.  Furthermore, any foreign financial institution that knowingly facilitates a significant transaction or provides significant financial services for individuals and entities designated in connection with Iran’s support for international terrorism or any Iranian person on OFAC’s List of Specially Designated Nationals and Blocked Persons could be subject to U.S. correspondent account or payable-through account sanctions.

Previous articleThe Uprising Continues as the Resistance Units of MEK Intensify Their Activities
Next articleWhat Are the Iran Protests of 2019?