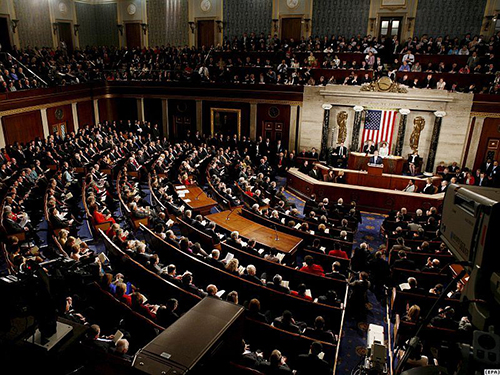 The US House of Representatives has unanimously passed a resolution on a 391-0 vote Monday urging the Iranian regime to release three Americans jailed in that country and provide information on a fourth who is missing.

Pastor Saeed Abedini was arrested in September 2012 and later sentenced for holding a Bible study session.

Washington Post reporter Jason Rezaian has been held for more than 300 days for alleged spying.

Former U.S. Marine Amir Hekmati was arrested in 2011 and sentenced to death for alleged espionage. His sentence was later reduced to 10 years.

Former FBI agent Robert Levinson went missing in 2007 while working for the CIA on an unapproved intelligence mission.

Rep. Ed Royce, chairman of the House Foreign Affairs Committee, said Monday that if the regime’s officials cannot be counted on to release the American prisoners, they cannot be trusted to honor the terms of the nuclear deal under negotiation with the U.S. government. Those discussions face a June 30 deadline.