Us Politician Criticises Europe for Its Response to Iran Protests 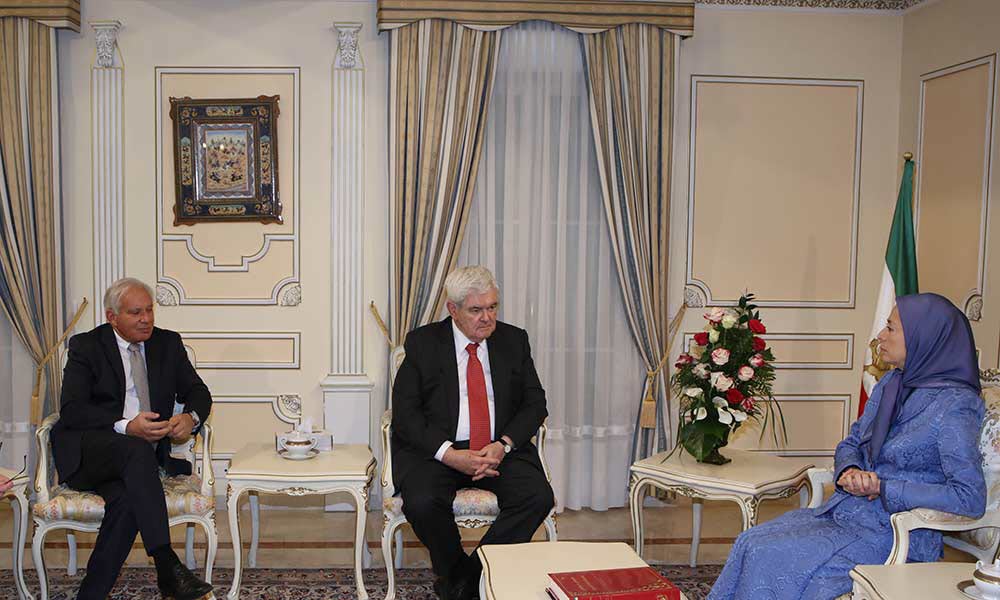 NCRI – White House Adviser and former Speaker of the US House of Representatives, Newt Gingrich has lambasted European countries for their inadequate response to the ongoing people’s uprising in Iran and accused them of hiding from reality in an attempt to preserve trade deals.

He said: “Some European countries have finally begun to admit and say publicly how bad [the Regime] is, but there’s still a tendency in Europe to hide from reality if they think it’s going to cost them jobs….The governments of countries that have a sense of decency have to be called upon to condemn and to refuse to tolerate this kind of behaviour [by the regime]. For the first time in the last couple of weeks, I have seen European governments who historically would have done nothing finally feeling embarrassed and compelled to say something.”

Gingrich made these comments after his recent meeting with Iranian resistance group The National Council of Resistance of Iran (NCRI) in Paris, which addressed the pressing issue of regime change in Iran while nationwide anti-regime protests are ongoing.

Gingrich said: “I think it’s likely it [the Iranian dictatorship] is not going to survive but you can’t tell when. Nobody could have told you five years [before] the Soviet Union collapsed that it was going to disintegrate. I’d be very surprised if the dictatorship survives another generation, but I wouldn’t be surprised if they survived another four or five years.”

So far in the protests, which have spread to 142 cities and all province in Iran, at least 50 people have been shot dead by the security forces and 8,000 have been arrested and threatened with the death penalty, according to the People’s Mujahidin Organisation of Iran (MEK). Some detainees have already been tortured to death.

Gingrich said: “The current dictatorship in Iran has been clearly sustained by fear and torture … Khamenei has suffered a tremendous moral defeat … the level of discontent in Iran and the level of rejection of the dictatorship is deeper today than any time before. The US administration has no illusion that there is a moderate wing in the dictatorship.”

She said: “Our people urge the United Nations and all governments to pressure the clerical regime to free those arrested in recent protests and hold them accountable regarding those who have disappeared. The United Nations must form a commission of inquiry to investigate the arbitrary arrests of thousands of people and the killing of prisoners under torture.”

The Iranian Regime has, of course, decided to lay the blame for the protests on anyone besides themselves, specifically the MEK and foreign governments. This is because they are scared of the impact that the Resistance has.

As for how the international community should proceed, Gingrich advised continued support of the Iranian people and efforts to bolster their ability to communicate in the coming months.

Gingrich said: “The United States should adopt a strategy of maximising the ability of the protesters to organise and communicate, no matter what the Iranian dictatorship does to try to cut off their telecommunications… Our job is to apply the maximum pressure to recruit the young people, to empower the young people and do everything we can to help be effective and to help them survive.”