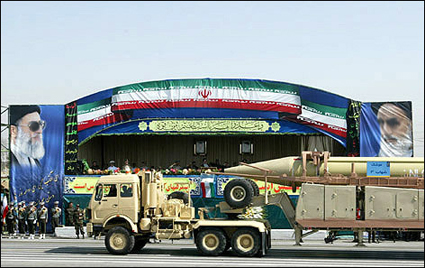 NCRI – Dr. Majid Rafizadeh, a political scientist and Iran expert, wrote an op-ed for Arab News explaining why Trump’s decision to impose new sanctions on the Iranian Revolutionary Guards Corps (IRGC) for their support of terrorism is a good thing for the international community and the ordinary Iranian.

Rafizadeh, who is also president of the International American Council, wrote: “It is a historic development. In one of the most critical moves since the establishment of the Iranian regime in 1979, President Donald Trump has instructed the US Treasury Department to impose new sanctions on the IRGC because of its support for terrorism. This stops just short of designating the IRGC a terrorist organization, but it will nevertheless have significant and serious legal, political and economic implications on companies, governments and individuals who deal with the Iranian regime.”

Rafizadeh wrote: “In Europe – due to the enormous trade interests of some big countries and the EU’s improving relations with the Iranian regime – governments may lean towards ignoring the Iranian regime’s interventionist and aggressive policy. However, now that the IRGC is the subject of tough new US Treasury sanctions, European companies trading with Iran will risk financial penalties from the US, because the IRGC runs most of Iran’s economy. Any company dealing with the Iranian regime should now be extremely cautious. Freezing the IRGC out of the US financial system means that any country, organization or individual that politically, militarily, tactically, strategically, financially or economically deals with the IRGC is taking an enormous risk.”

How could these sanctions be good for the international community if they will affect trade deals around the world; either stopping them outright or imposing harsh penalties on companies or countries who work with the IRGC?

Quite simply, the IRGC controls much of the Iranian economy and none of the money that they raise (through mostly illicit means) goes to benefit the Iranian people. Instead, it is funnelled into the Iranian military, their terrorist proxies across the world, and their missiles programmes (both nuclear and ballistic).

Rafizadeh wrote: “The IRGC has been responsible for brutal repression and thousands of killings inside Iran, for sponsoring terrorism in the region and for supporting Bashar Assad in Syria, Houthis in Yemen, Shiite militias in Iraq, and Hezbollah in Lebanon.”

So any money that the international community funnels into the IRGC could be used to fund terror attacks around the world or used to build a nuclear weapon capable of killing people.

As mentioned above, the IRGC does not contribute to the lives of the Iranian people. They only make it worse by negatively influencing Iranian domestic policy, imprisoning (or murdering) those who speak up against the Regime, and suppressing human rights (including freedom of speech).

The Iranian people, whose lives have not improved under so-called “moderate” Hassan Rouhani, welcome these new sanctions as they hope it will weaken the hands of their oppressors.

Rafizadeh recommends that the US add new or increased sanctions against high-ranking people in Iran, enforce inspections of Iran’s military sites for nuclear activity, along with sanctioning third parties who deal with the Regime.

He wrote: “The new sanctions on the IRGC will have serious legal and political implications of dealing with the IRGC and the Iranian regime for every individual, entity, organization, or government… This would be the biggest blow to the Iranian regime and its pursuit of regional domination. It will empower the Iranian people and the opposition.”