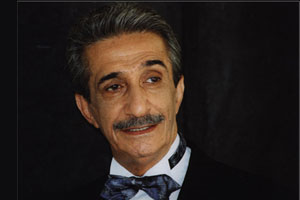 The performance of works by the late Iranian composer Emad Ram in a Teheran concert hall has provoked the wrath of the mullahs. The great Iranian artist, who died in Germany in 2003, was a member of the National Council of Resistance of Iran (NCRI).

His works were performed in a Teheran concert hall on 3 and 4 September 2014.

The state-run news agency Tasnim criticised the officials who had been unable to identify and stop the performance of works by Emad Ram, a composer of classical and modern Persian music.

Tasnim singled out the Ministry of Islamic Guidance, responsible for censorship in Iran, for its incompetence: “Officials within the ministry are in a state of lethargy”, the report said.

Tasnim went on: “Who is Emad Ram? An Iranian singer and musician who, after the 1979 revolution, did not hesitate to attack the Islamic Republic, the Imam and the ideological foundations of revolutionary Islam. He joined the People’s Mujahedin Organization of Iran (PMOI/MEK) in 1995 and continued to support the organisation’s actions until his death.”

Tasnim added: “Emad Ram composed works glorifying members of the organisation killed during their confrontation with the State”.

The day after the Tasnim press release, the Guidance Ministry announced a ban on the performance of Ram’s music in Teheran.